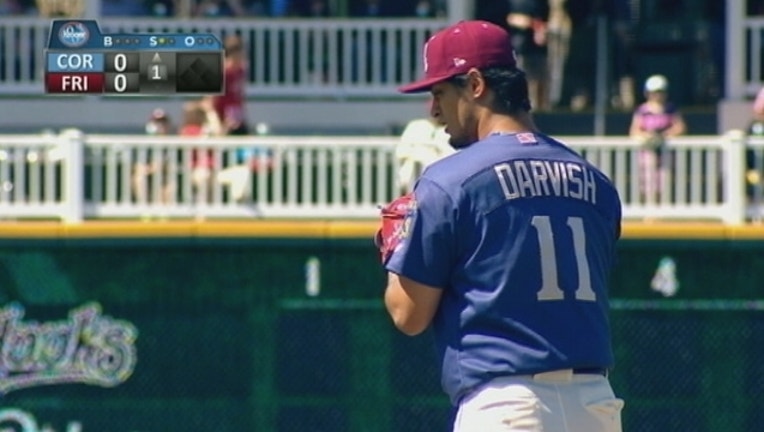 MIDLAND, Texas (AP) — Yu Darvish struck out six while throwing 68 pitches in his fourth rehab start, and could be back in the Texas Rangers rotation by the end of the month.

Darvish pitched his scheduled five innings Tuesday for Double-A Frisco at Midland, an affiliate of the Oakland Athletics.

The right-hander from Japan is expected to make at least one more rehab start after his Tommy John surgery, which was 14 months ago Tuesday.

Darvish allowed three singles and walked one. The RockHounds' only run off him was unearned, on a play when Darvish covered the plate after a passed ball in the first inning.

Darvish has a 1.29 ERA with 15 strikeouts and five walks in 14 innings over four rehab starts split between Round Rock and Triple-A Frisco.