ARLINGTON, Texas (AP) - DeWanna Bonner scored 21 points, Alyssa Thomas had 13 points and eight rebounds, and the No. 3 seed Connecticut Sun eased past the short-handed Dallas Wings 73-58 on Wednesday night to advance to the semifinals.

Connecticut earned its first winner-take-all victory since Sept. 29, 2004, and got past the opening round of the WNBA playoffs for the sixth straight season. The Sun play at the defending champion Chicago Sky on Sunday in a best-of-five series.

"Last game, we had one steal and that's not our identity at all," said Thomas, who had two of Connecticut's 14 steals. "We knew we really had to turn it up on defense and have each other's back out there. ... When we started to get stops, that's when the game really opened up." 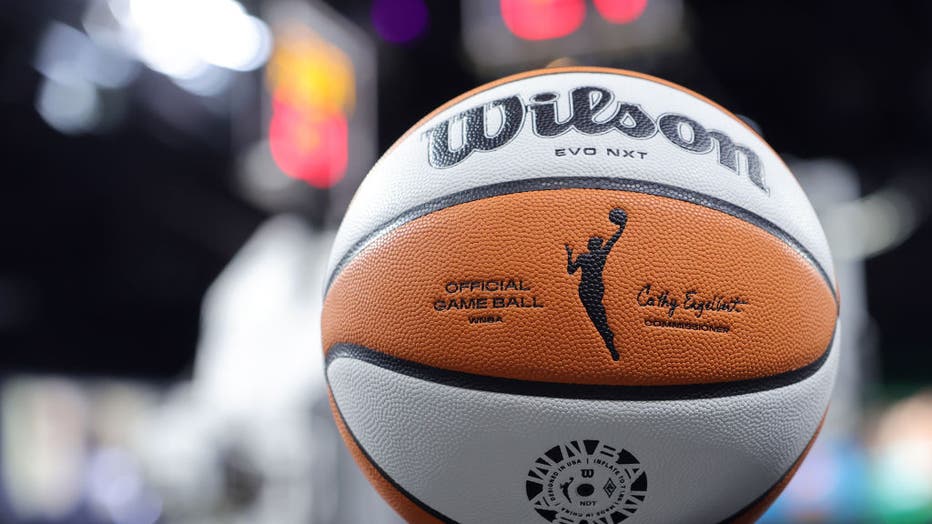 LAS VEGAS, NEVADA - JUNE 05: An official WNBA basketball is placed on a table for a photograph before a game between the Dallas Wings and the Las Vegas Aces at Michelob ULTRA Arena on June 05, 2022 in Las Vegas, Nevada. NOTE TO USER: User expressly a

Connecticut was ahead 49-41 when Dallas brought in its star Arike Ogunbowale for the first time in six games. Ogunbowale, who had been out since having abdominal surgery on Aug. 9, missed three shots in the third quarter and Dallas trailed 57-46 entering the fourth.

Connecticut went without a field goal for seven-plus minutes in the second quarter but tied it at 34 on Bonner's long 3-pointer with 1.3 seconds left before halftime. Jones battled foul trouble in the first half after picking up her third with 6:27 left in the second quarter.

Marina Mabrey scored 20 points for Dallas, but she also turned it over a career-high eight times. Dallas starter Isabelle Harrison was helped to the locker room with 9:25 left in the second quarter with a leg injury and did not return.