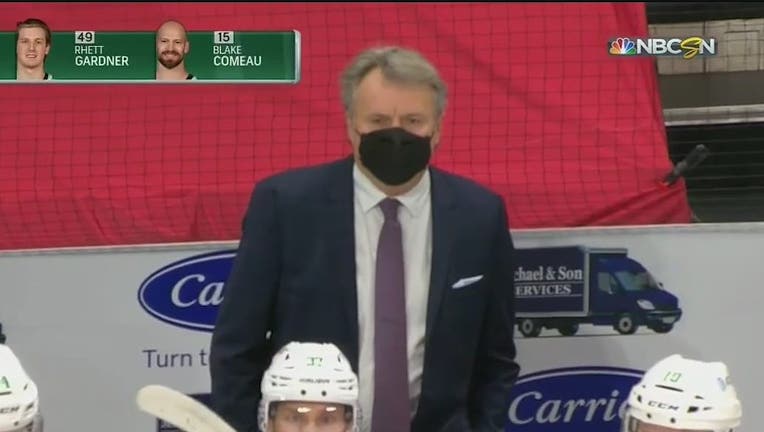 DALLAS - The head coach of the Dallas Stars was allowed to return to work Wednesday.

Coach Rich Bowness was forced to leave Sunday’s game against the Carolina Hurricanes in the third period because of what turned out to be a false positive COVID-19 test.

Bowness is fully vaccinated and had no symptoms but complied with the league’s COVID-19 protocols.

He did not attend Tuesday night’s game against the Chicago Blackhawks.

The Stars lost after falling behind early in the game. The team staged a comeback that still fell short 4-2.

Bowness is reportedly on his way to join the team in Chicago.