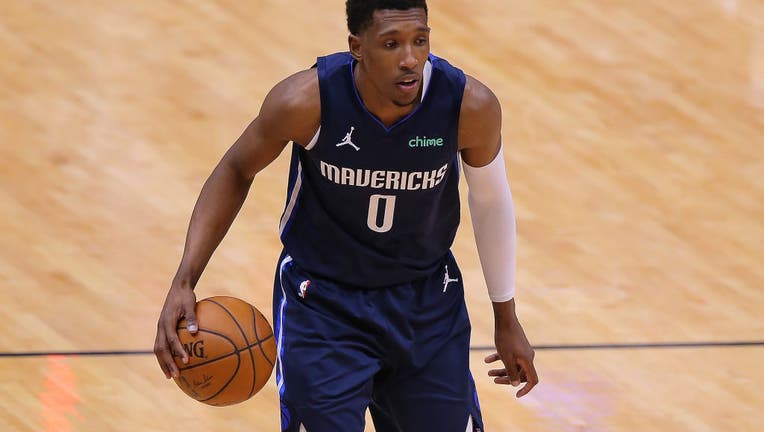 NEW ORLEANS, LOUISIANA - MARCH 27: Josh Richardson #0 of the Dallas Mavericks drives with the ball against the New Orleans Pelicans during a game at the Smoothie King Center on March 27, 2021 in New Orleans, Louisiana. NOTE TO USER: User expressly ac

DALLAS - The Dallas Mavericks have traded Josh Richardson to the Boston Celtics.

The Mavs acquired Moses Brown from the Celtics in exchange for Richardson.

It's also been reported the Mavericks will get about a $10 million trade exception as part of the deal.

The trade was made after Richardson opted in on his $11.6 million player option. Richardson played 59 games last season for the Mavs, averaging 12.1 points.