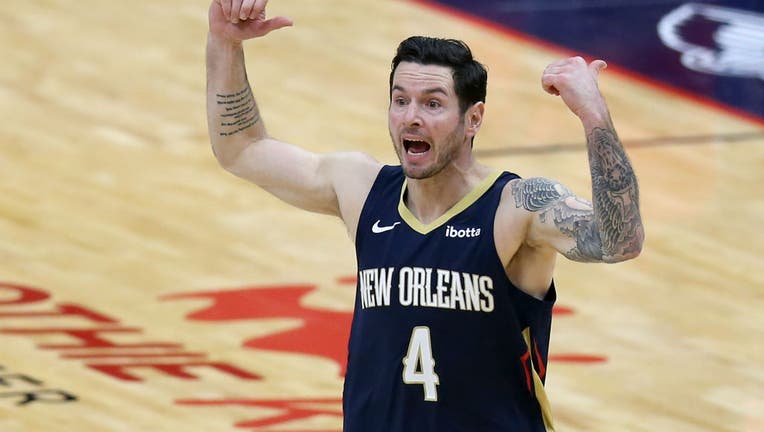 NEW ORLEANS, LOUISIANA - FEBRUARY 03: JJ Redick #4 of the New Orleans Pelicans reacts during the thrid quarter of an NBA game against the Phoenix Suns at Smoothie King Center on February 03, 2021 in New Orleans, Louisiana. NOTE TO USER: User expressl

DALLAS - The Dallas Mavericks have made a trade to receive JJ Redick from the New Orleans Pelicans, according to multiple reports.

The Mavs traded James Johnson, Wes Iwundu, and a second-round pick to New Orleans for Redick and Nicolo Melli.

Redick is averaging 8.7 ppg so far this season, but the 36-year-old hasn’t played since March 3 due to right heel inflammation.

The veteran is known for his three-point shooting, and could add a shooting option for the Mavs, who have the fifth most three pointers attempted in the NBA this season.