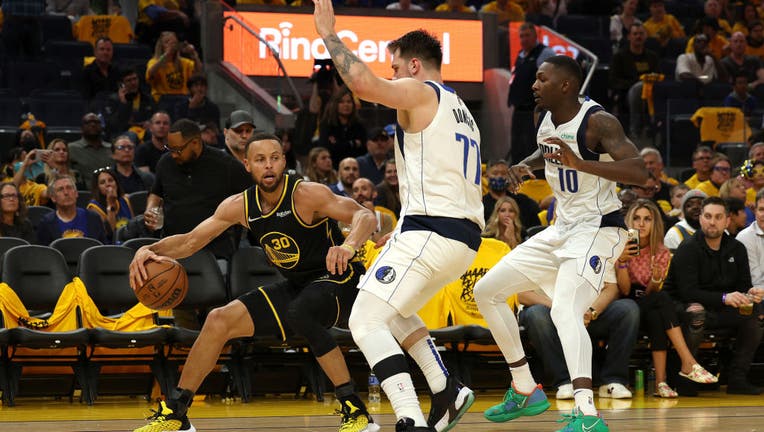 SAN FRANCISCO, CALIFORNIA - MAY 18: Stephen Curry #30 of the Golden State Warriors is defended by Luka Doncic #77 of the Dallas Mavericks during the third quarter in Game One of the 2022 NBA Playoffs Western Conference Finals at Chase Center on May 1

DALLAS - The Dallas Mavericks hope to bounce back from their NBA playoff series when they play tonight in San Francisco.

The Mavs need to shake off a blowout loss to the Golden State Warriors in Game 1.

Dallas relied on three-point shots to win its first two playoff series. But the team made just 11 three-pointers in 48 attempts Wednesday.

The Warriors said they will be ready.

"I mean, any time you beat a team in the playoffs that’s always gonna be the #1 adjustment is raising the level of physicality. So yeah, we expect it," said Draymond Green, Golden State’s forward.

After that, the series shifts to Dallas. Game 3 on Sunday night is at the American Airlines Center.