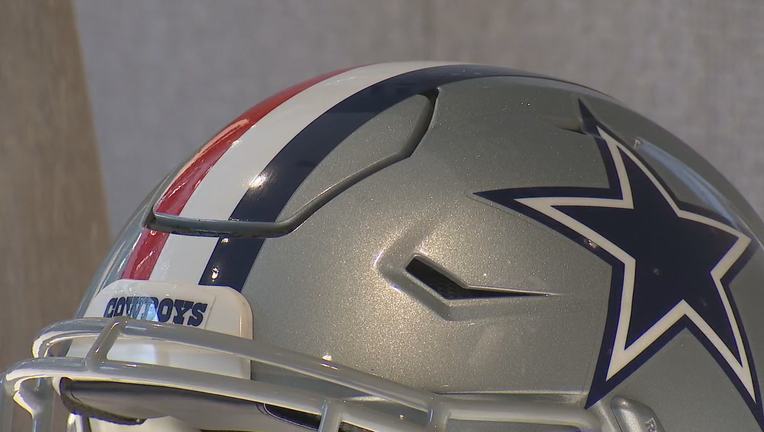 FRISCO, Texas - The Dallas Cowboys’ helmet will feature a red stripe on Sunday – a way to honor veterans and also a throwback to the 1976 season.

The Cowboys' typical blue-white-blue striping down the middle of the helmet will instead be red-white-blue (when viewed head-on) for the game against the Denver Broncos at AT&T Stadium.

Cowboys officials decided to make the one-time-only tweak as part of honoring Medal of Honor recipients the NFL’s Salute to Service initiative to honor veterans.

"The red stripe on the helmet provides a beautiful ribbon to wrap around this salute to those who currently serve our country's military—and the patriotic love and appreciation that we all share for those who came before them," said Charlotte Jones-Anderson, Cowboys Exec. V.P.

The look is also a throwback for longtime Cowboys fans. The team sported the same helmet striping during the 1976 season as part of the nation’s bicentennial celebration. 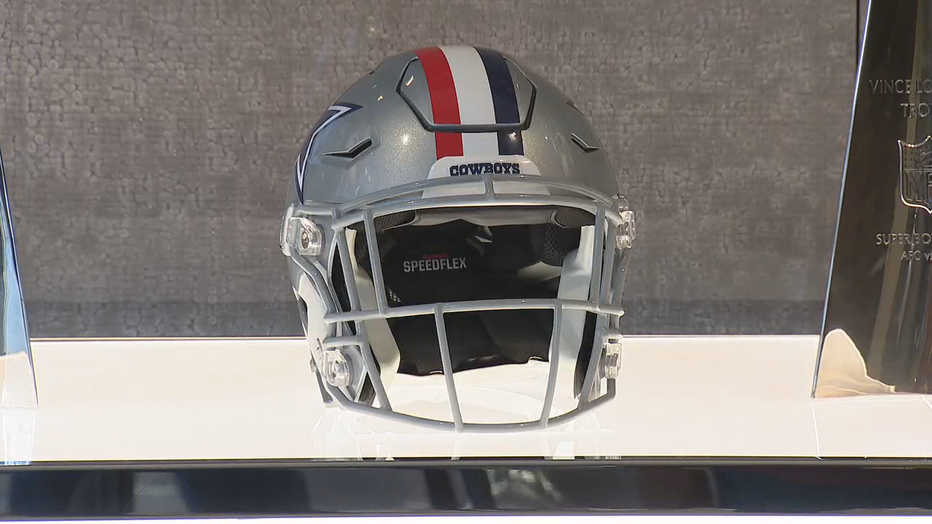