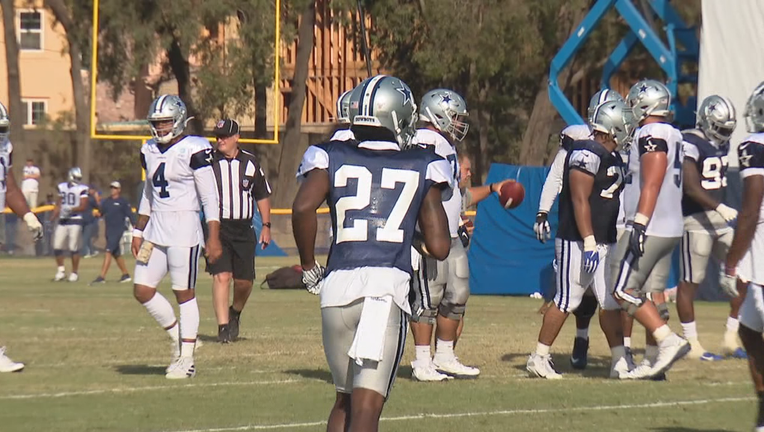 FRISCO, Texas - The Dallas Cowboys are officially returning to Oxnard, California for training camp next month.

The team stayed home in Frisco last summer because of COVID-19.

It is the 15th time that the Cowboys will spend at least part of training camp in Oxnard, and the announcement came on the same day that the state of California lifted most of its COVID restrictions.

It's expected that fans will be allowed to go out and watch practices, which are held on the two fields at the River Ridge Complex in Oxnard.

The Cowboys set up a compound there, and there's a hotel on site where the team stays.

The team’s first practice in Oxnard is July 22. The team holds its training camp opening ceremonies on July 24, before the team goes to Canton for the Hall of Fame Game on August 5 on Fox.

They return to Oxnard, then practice with the Rams August 7. Camp then breaks on August 12.

The Cowboys held their final mini-camp practice at The Star in Frisco last week.