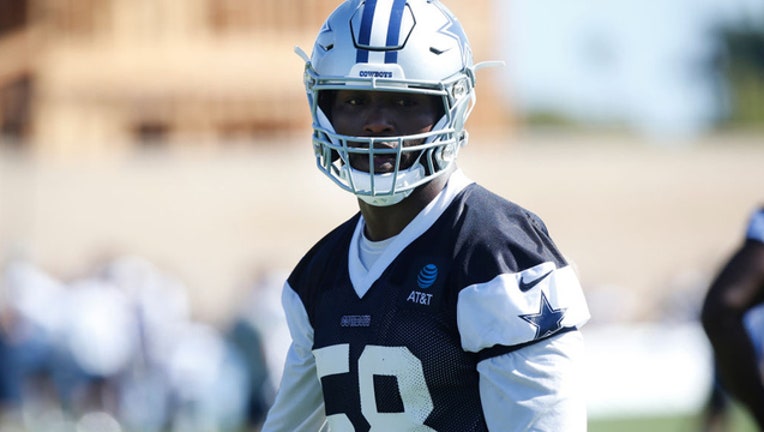 Dallas Cowboys defensive end Robert Quinn has been suspended for the first two games of the 2019 regular season for violating the NFL policy on performance-enhancing substances.

Quinn, who was acquired from the Dolphins in March for a 2020 sixth-round pick and given a one-year deal for $8 million, is still eligible to participate in all preseason practices and games.

He fractured his left hand in practice at training camp earlier this week, and is expected to miss the rest of the preseason.

He can return to the active roster after the Cowboys' Week 2 game against the Redskins.

Quinn's agent tweeted out a statement, and said this has to do with medication Quinn took for seizures. Sean Kiernan said Quinn tested positive for probenecid, which he claimed was used to mask steroid use in the 80s and 90s.

An investigation into the failed test showed that when pharmacists filled Quinn's seizure medication, they filled a prescription for probenecid just before. His agent believes that's when Quinn's medication became contaminated.

Furthermore, Kiernan added that Quinn tested at levels of 0.17 and 0.34 ng/mL of probenecid in his system. Doctors said that someone using probenecid as a masking agent would have used doses between 500-2000 mL.