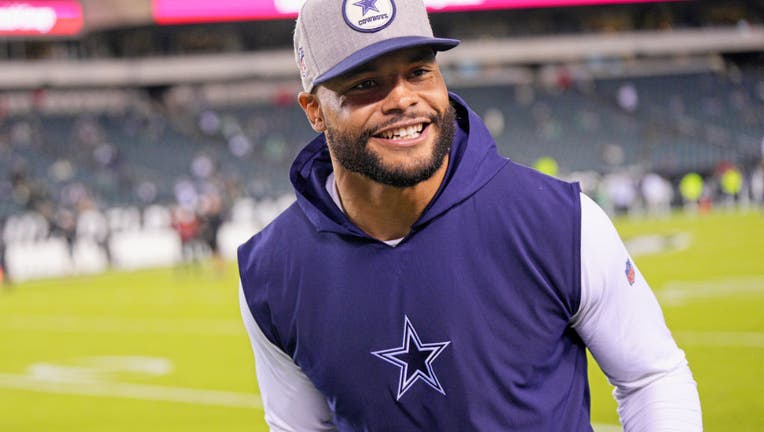 PHILADELPHIA, PA - OCTOBER 16: Dallas Cowboys quarterback Dak Prescott (4) looks on during the game between the Dallas Cowboys and the Philadelphia Eagles on October 16, 2022 at Lincoln Financial Field in Philadelphia, PA. (Photo by Andy Lewis/Icon S

FRISCO, Texas - Dallas Cowboys quarterback Dak Prescott was medically cleared to practice in full Wednesday, more than a month after he had surgery to repair his broken right thumb.

The Cowboys had a light practice on Wednesday, but head coach Mike McCarthy said Prescott threw passes without being held back.

The team's first full practice of the week is Thursday.

Cooper Rush led the team to a 4-1 record during Prescott's absence, but Cowboys players are excited to have their QB1 back.

"Even just watching him the last couple of weeks, as you see him start to progress a little bit more, you get excited, you see the zip on the ball come back," said Cowboys rookie tight end Jake Ferguson. "I mean, even when he was still recovering there was still zip on the ball. Doesn't really make sens how that works. But yeah, I'm excited, excited to get this offense rolling, and excited for this week."

North Texas's own Post Malone was a special guest at practice on Wednesday.

The ‘Circles’ singer is a huge Cowboys fan. He is in town to perform at the American Airlines Center on Friday.

The Cowboys will take on the Lions this Sunday at noon.