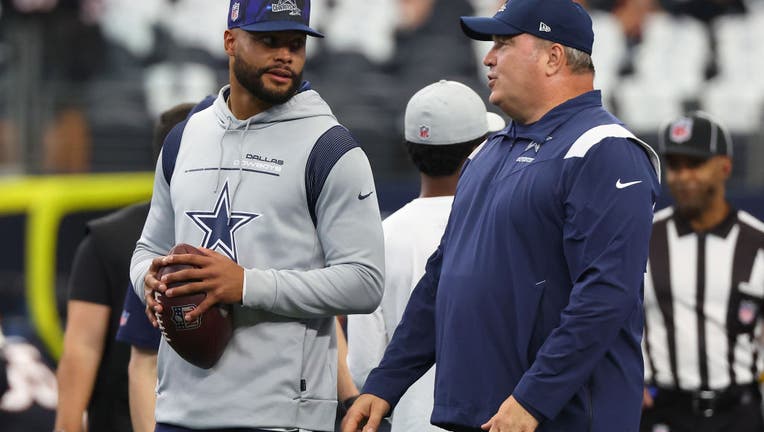 ARLINGTON, TEXAS - SEPTEMBER 18: Dak Prescott #4 of the Dallas Cowboys talks with head coach Mike McCarthy before the game against the Cincinnati Bengals at AT&amp;T Stadium on September 18, 2022 in Arlington, Texas. (Photo by Richard Rodriguez/G

FRISCO, Texas - The Dallas Cowboys say Dak Prescott is getting better, but is still not ready to return to the field.

There was talk that Prescott might return for this week's game against the Rams, but Jones said on his radio show that now appears unlikely.

"Well I know it's better, and I know he's going to go out there every day and make progress toward being able to grip the ball. I don't know if you could ask for better news, technically, physically, and how it's responding, how it's healing so to speak," Jones said.

[RADIO HOST: "Is he able to grip the football now?"]

"No, not well enough to play," Jones responded.

Backup quarterback Cooper Rush has started three games in Prescott’s absence and won all three of them.