Prescott was limited in practice Thursday with what he called a shoe issue.

FRISCO, Texas (AP) - Dallas Cowboys quarterback Dak Prescott was limited in practice Thursday with a right ankle issue he said was caused by trying a different style of cleats.

It’s the same ankle that was surgically repaired after the gruesome injury that ended Prescott’s 2020 season in Week 5. Prescott said he had worn a different style of cleats all of training camp. 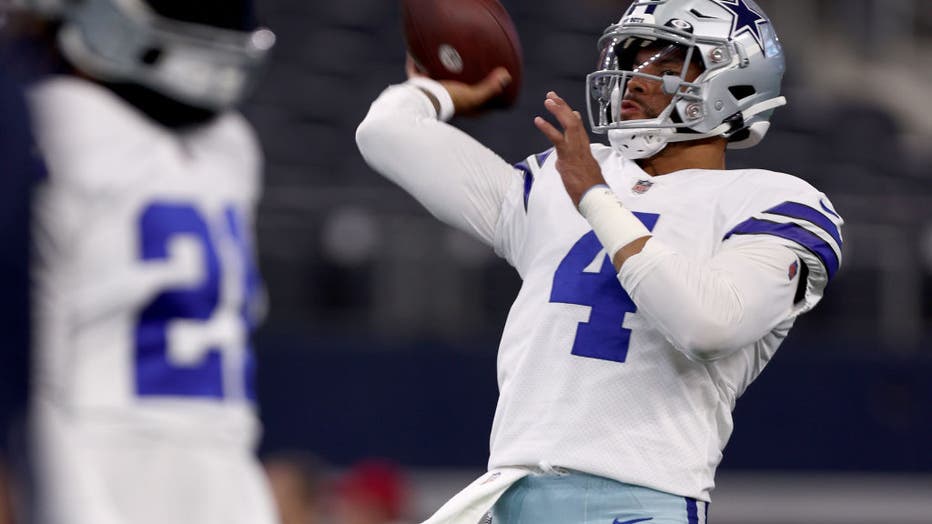 ARLINGTON, TEXAS - AUGUST 26: Quarterback Dak Prescott #4 of the Dallas Cowboys prepares to take on the Seattle Seahawks in a NFL preseason football game at AT&amp;T Stadium on August 26, 2022 in Arlington, Texas. (Photo by Tom Pennington/Getty I

Prescott missed almost all of the preseason last year with a shoulder injury, but was spectacular in the opener. He threw for 403 yards and three touchdowns in a 31-29 loss to the Buccaneers, who got four TD passes from Brady.