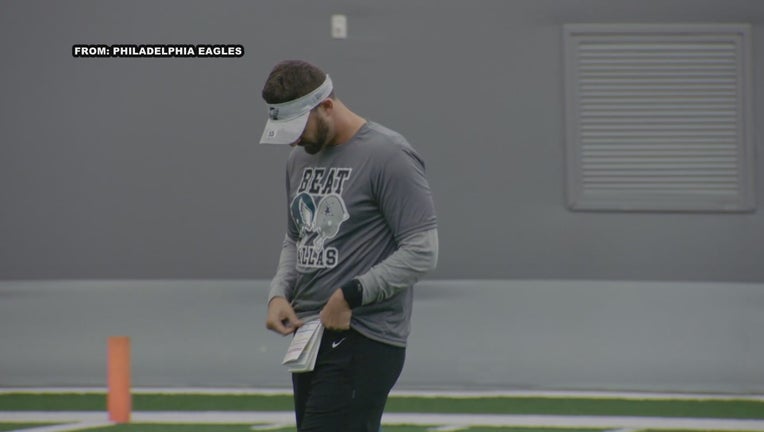 FRISCO, Texas - The Philadelphia Eagles are already throwing some shade at the Cowboys as the teams get ready to renew their rivalry Monday night.

Eagles head coach Nick Sirianni and several other coaches showed up at Thursday’s practice with a shirt that read "Beat Dallas."

It didn’t take long for word to get around to The Star in Frisco and for the Cowboys to react.

"Not really too concerned about what the coach is wearing or what he’s saying or anything like that. We’re focused on what we’re going to do and preparing that way. So it don’t bother me," said Cowboys cornerback Trevon Diggs.

"It’s just a rivalry, a good ‘ol rivalry. It’s just kinda what happens. I’m not mad at him. He’s just supporting his team. And I’ve gotta support my guys. So, we have just a different way of showing it," said Ceedee Lamb, a Cowboys receiver.

The Cowboys and the Eagles play Monday night at AT&T Stadium in Arlington.