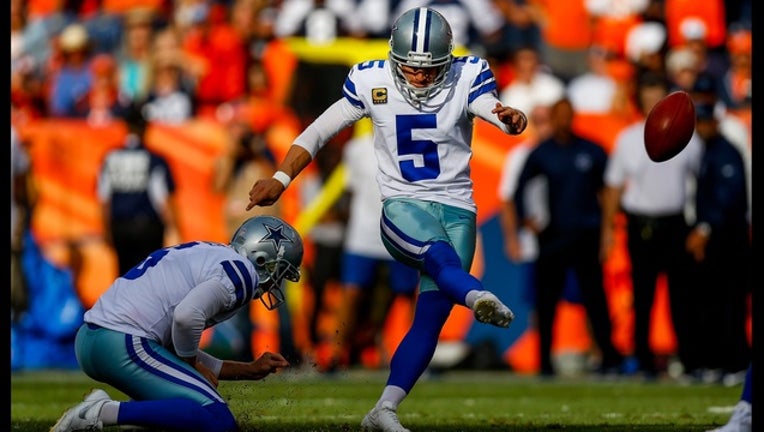 NFL rules required teams to trim their rosters to 53 players by 3 p.m. on Saturday, and there was one rather surprising name on the Dallas Cowboys' list of players released -- kicker Dan Bailey.

Bailey owns the club record for field goals in a career (186) and is third on the team's all-time scoring list, behind Emmitt Smith and fellow kicker Rafael Septien.

The second-most accurate kicker in NFL history, Bailey connected on at least 93 percent of his kicks in three of his first five seasons in Dallas. He saw his success rate plummet in 2017 after suffering a groin injury against the San Francisco 49ers, finishing the season at a career-low 75 percent.

Maher has never kicked in a regular season game and signed with the Cowboys in April after bouncing around the CFL.

There move could have been purely a financial one. By releasing Bailey, the Cowboys save $3.4 million against the salary cap.