FRISCO, Texas - Just days before the start of the regular season the Dallas Cowboys are fortifying their offensive line.

The Cowboys signed offensive tackle Jason Peters to the team's practice squad after meeting with the 40-year-old player last week.

The offensive line has been a concern for the Cowboys since left tackle Tyron Smith went down with a hamstring injury.

"This is about adding depth," McCarthy said about the Peters signing at a press conference on Monday. 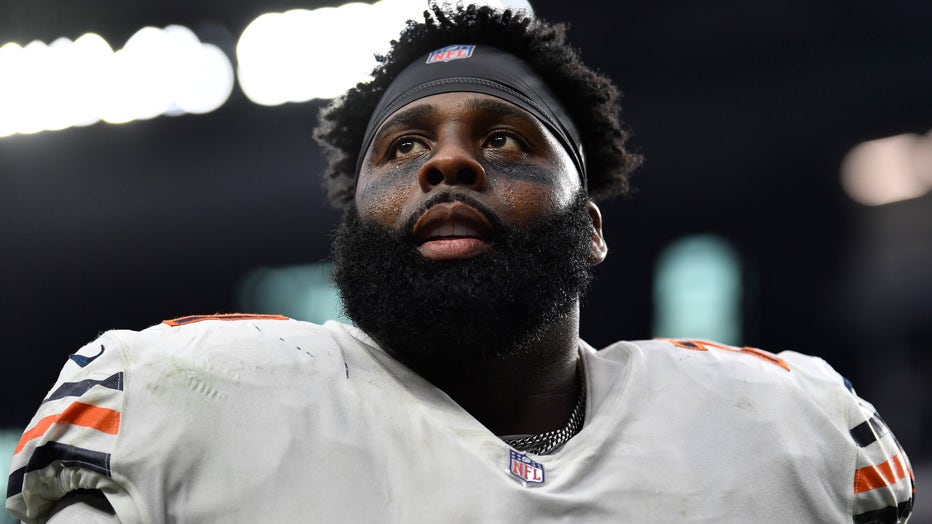 LAS VEGAS, NEVADA - OCTOBER 10: Offensive tackle Jason Peters #71 of the Chicago Bears reacts after a victory against the Las Vegas Raiders at Allegiant Stadium on October 10, 2021 in Las Vegas, Nevada. The Bears defeated the Raiders 20-9. (Photo by

The Cowboys head coach said Peters will be brought along slowly.

Rookie Tyler Smith is likely to start at left tackle for the season opener Sunday against the Tampa Bay Buccaneers.