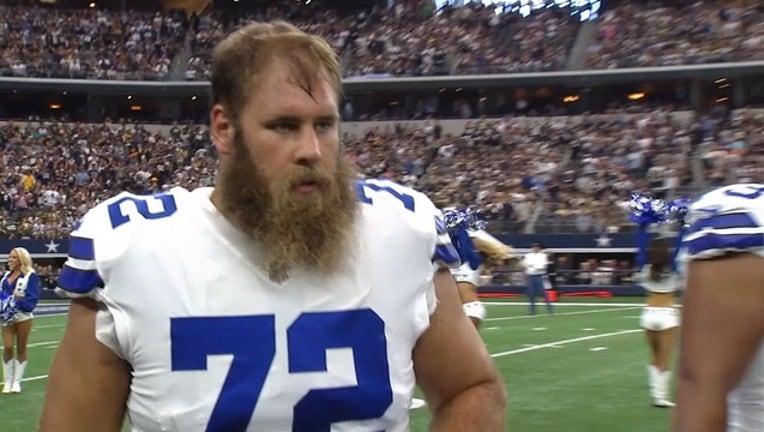 FRISCO, Texas (AP) - Four-time Pro Bowl center Travis Frederick has been placed on the non-football illness list by the Dallas Cowboys because of a nerve condition that has kept him from playing this season.

The team also placed receiver Terrance Williams on injured reserve because of a foot injury.

Those moves Saturday cleared two spots on the active roster before Sunday's game at Houston. One will be filled when defensive tackle David Irving returns from a four-game suspension for violating the NFL's substance abuse policy.

Frederick was diagnosed during the preseason with Guillain-Barre syndrome. The Cowboys initially kept him on the active roster. Now he will be out at least eight weeks, or seven games, since Dallas has a bye in that stretch. He could possibly return the final month of the regular season.