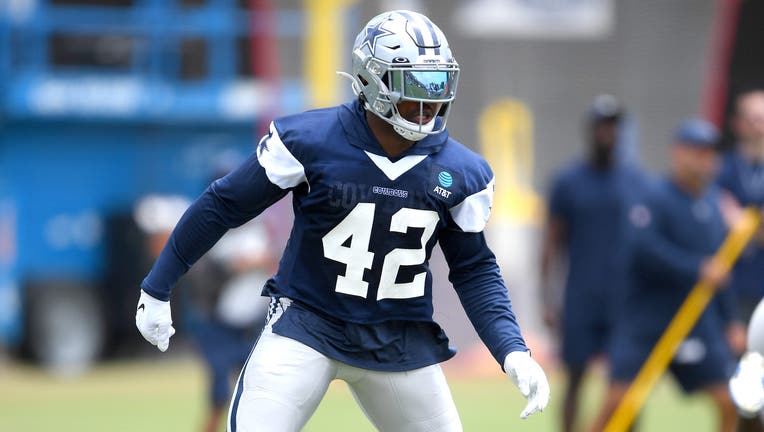 FRISCO, Texas - The Dallas Cowboys placed linebacker Keanu Neal on the COVID-19 reserve list Wednesday, making it possible the club will be without a key player for the third consecutive game to start the season because of health and safety protocols.

The Cowboys (1-1) said on their website it's uncertain whether Neal would be cleared in time for the home opener Monday night against Philadelphia (1-1). The converted safety started the season opener and has played more than 70% of the snaps in the first two games.

Dallas was without a starter for each of the first two games because of positive COVID-19 tests. Four-time All-Pro right guard Zack Martin missed the 31-29 loss to defending Super Bowl champion Tampa Bay in the opener. Defensive end Randy Gregory sat last week's 20-17 victory over the Los Angeles Chargers.

Neal is sixth on the club's tackle chart with eight total tackles and is one of four defenders with a tackle for loss. He signed with Dallas as a free agent after playing safety in Atlanta for former Falcons coach Dan Quinn, who is the new Dallas defensive coordinator this year.

The Dallas defense is already without defensive end DeMarcus Lawrence, who is probably sidelined until November after breaking a foot in practice last week. Defensive tackle Carlos Watkins (knee) and defensive end Dorance Armstrong (ankle) were injured against the Chargers.

Gregory is expected to be cleared for practice this week and play against the Eagles. The first full practice of the week is Thursday.