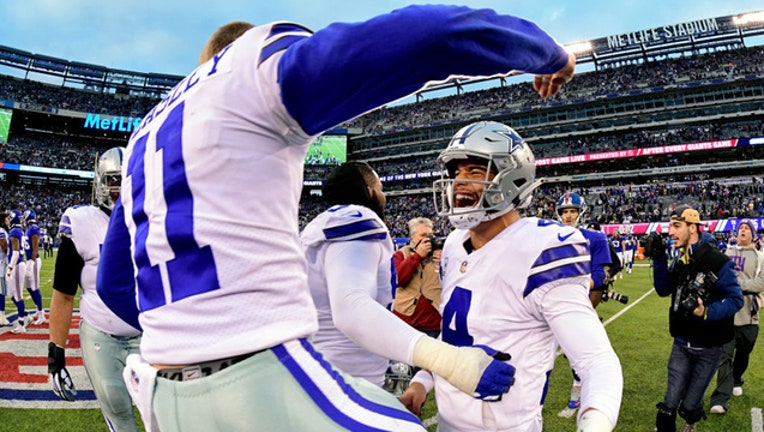 Dak Prescott of the Dallas Cowboys celebrates with his teammate Cole Beasley after their team's 36-35 win over the New York Giants at MetLife Stadium on December 30, 2018. (Photo by Steven Ryan/Getty Images)

The Dallas Cowboys will host the Seattle Seahawks in a wild card playoff game Saturday night on FOX4.

The Cowboys are playing at home after winning the NFC East title and finishing the season 10-6, good enough to earn the No. 4 seed in the NFC. Seattle earned the first of two wild card berths and also finished 10-6, in second place in the NFC West behind the Los Angeles Rams. The Seahawks are the No. 5 seed in the NFC.

Dallas lost early in the 2018 season to Seattle, falling 24-13 at CenturyLink Field.