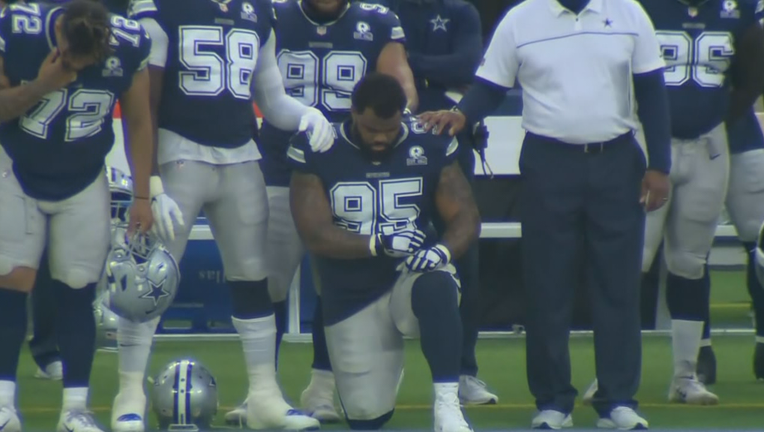 ARLINGTON, Texas - The Cowboys are making changes before Sunday night’s game in Philadelphia.

Owner Jerry Jones said Poe was 30 pounds overweight and not playing well. He refused to say if Poe’s kneeling during the national anthem was a factor.

Backup quarterback Andy Dalton is expected to still be out after a concussion. Rookie Ben Dinucci will start against Philly.

"Ben's been up here, relentlessly here in the last 48 hours. So he's poured everything in that he personally can into this opportunity that may be in front of him. So he'll get pretty much all the work this week because I don't see Andy coming back at the end of the week at the earliest," Head Coach Mike McCarthy said.