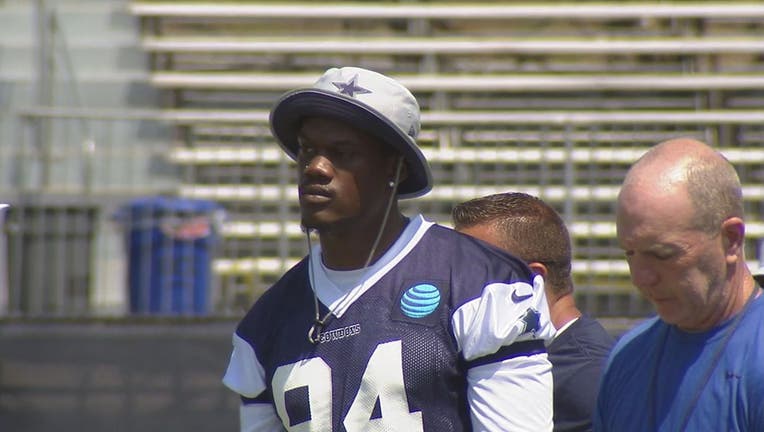 FRISCO, Texas - The Dallas Cowboys activated right guard Zack Martin off the COVID-19 reserve list Monday, but they will start the week without defensive end Randy Gregory because of the health and safety protocols.

Gregory went on the COVID-19 list four days after playing in the opener, a 31-29 loss to Tampa Bay. Backup tackle Brandon Knight returned along with Martin.

Martin missed the game against the defending Super Bowl champions after testing positive five days earlier. The Cowboys are at risk of having another starter sidelined for a game if Gregory can't return this week.

Dallas will be without receiver Michael Gallup at least three weeks. Gallup was placed on injured reserve with a left calf strain. He was injured against Tampa Bay.

Even with Martin back, the Cowboys are again without one of their top three linemen after right tackle La'el Collins was suspended five games for violating the NFL's substance-abuse policy. Collins played in the opener.