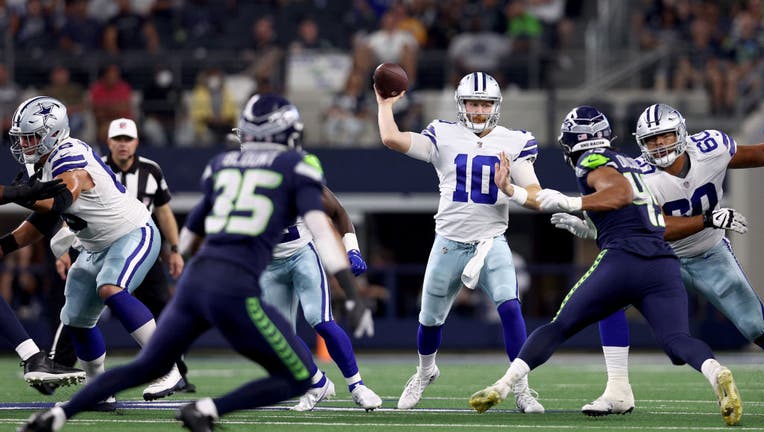 ARLINGTON, TEXAS - AUGUST 26: Quarterback Cooper Rush #10 of the Dallas Cowboys looks for an ope receiver against the Seattle Seahawks in the first quarter of a NFL preseason football game at AT&amp;T Stadium on August 26, 2022 in Arlington, Texa

FRISCO, Texas - The Dallas Cowboys made a number of roster moves to drop their 80-man roster down to the NFL-mandated 53 players.

The Cowboys made 28 different moves on Tuesday and more are expected to be made in the coming days.

Backup quarterbacks Will Grier, Cooper Rush, and Ben DiNucci were all waived leaving Dak Prescott as the only QB on the roster.

It is widely believed one or more of the quarterbacks will be brought back as the team gets more flexibility in September.