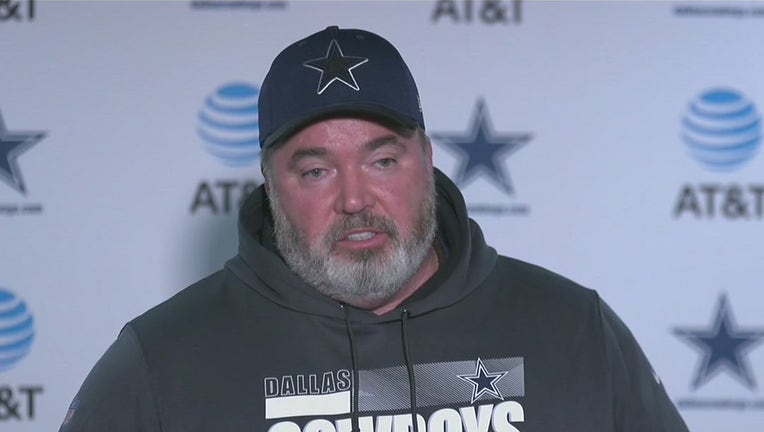 DALLAS - The Dallas Cowboys are on the brink of a playoff spot, but they still have a bit of work to do.

Former University of Oklahoma quarterback Jalen Hurts ran for two touchdowns and threw for another in Philly’s 27-7 win.

The Washington loss all but assures Dallas will win the NFC East. But there are complicated tiebreaker scenarios still in play that mean the Cowboys cannot officially clinch the division just yet.

COVID-19 issues left Washington short-handed Tuesday and may do so again when they play Dallas at AT&T Stadium Sunday night.

Coach Mike McCarthy said no matter how many opposing players are out, Dallas cannot afford to relax ahead of Sunday’s game.

"It’s a challenge we went through last year with Baltimore. Yea, I don’t wish that on anybody when you’ve got to change that much. But I think it’s just a reflection of the times. So, yea, I’m not looking at it as an advantage. We’re going to prepare the same way. You know, it’s Sunday Night Football," he said.

Cowboys defensive line coach Aden Durde tested positive for COVID-19. He is the second coach added to the team’s virus list this week.