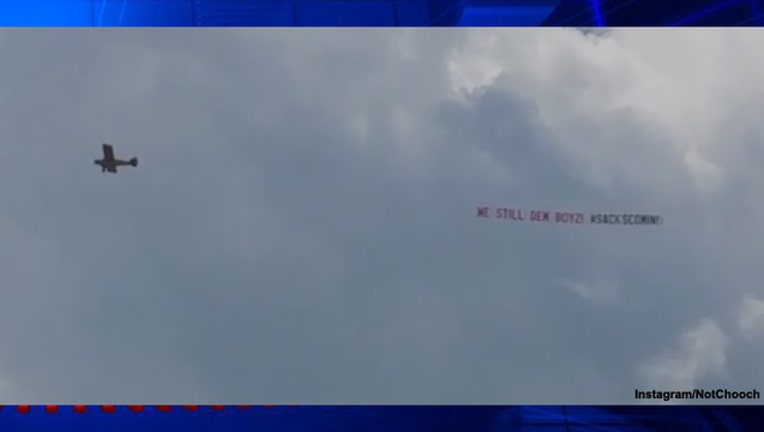 The banner read: "WE STILL DEM BOYZ! #SACKSCOMIN!" There were reports Greg Hardy paid $300 to help fund the project.

Hardy is suspended for the first four games of the season for a domestic violence incident. The 26-year-old defensive end is new to the Cowboys-Eagles rivalry after playing his first five seasons for Carolina.