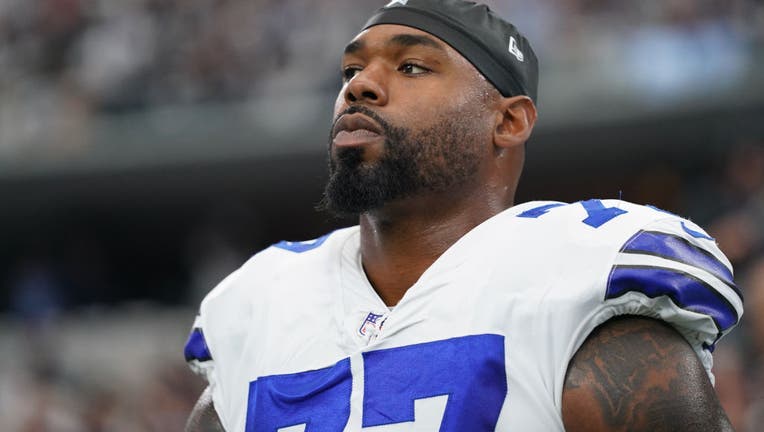 ARLINGTON, TEXAS - OCTOBER 10: Tyron Smith #77 of the Dallas Cowboys looks toward the field during the national anthem against the New York Giants prior to an NFL game at AT&amp;T Stadium on October 10, 2021 in Arlington, Texas. (Photo by Cooper

FRISCO, Texas - The Dallas Cowboys have officially activated star offensive lineman Tyron Smith from the injured list ahead of their game in Jacksonville on Sunday.

Team owner Jerry Jones said tackle Smith is on track to play against the Jaguars, but it still unclear how much he will play or where he will line up.

The Cowboys are dealing with injuries to the offensive line, as starting right tackle Terence Steele was ruled out for the rest of the season.

Smith had surgery in late August for a leg injury he suffered during practice.

The eight-time Pro Bowler has not played this season.