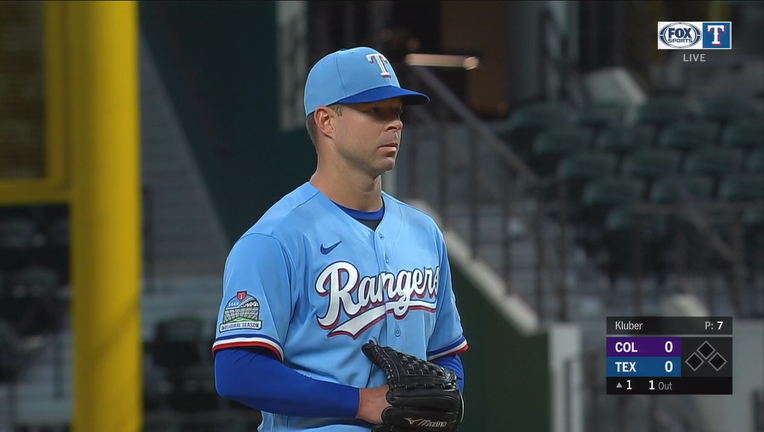 The two-time Cy Young Award winner was making his first appearance for a team other than Cleveland after an offseason trade. He threw 18 pitches while facing three batters. Colorado’s Trevor Story walked and was thrown out trying to steal.

The Rangers said Kluber reported feeling the tightness in the first few pitches and it got worse as the inning progressed. He was examined by a team doctor and will be further evaluated Monday.

The 34-year-old Kluber was knocked out of his final start for the Indians on May 1, 2019, breaking his right forearm when he was hit by a comeback liner. He was close to returning when he sustained an oblique injury during a rehab start last August.