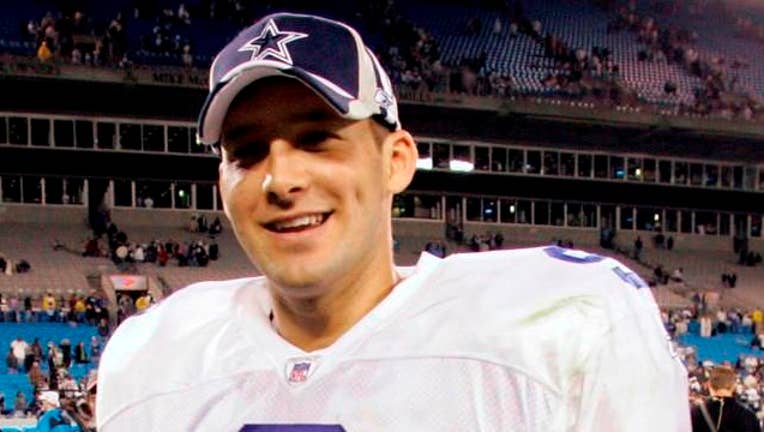 DALLAS (AP) -- A company partly owned by Tony Romo sued the NFL on Tuesday over a canceled fantasy football event in Las Vegas that was to involve the Dallas quarterback and other star players.

The Fan Expo LLC alleged in a lawsuit filed in Dallas County that the league intimidated players with threats of fines and suspensions if they attended what the NFL said was a gambling-related event because it was to be held at a facility associated with a casino.

The Texas-based company claims the NFL initially approved the event, set for mid-July, by allowing some members of league-owned media outlets to participate. Then in June, according to the lawsuit, players and in some cases family members of players were told they could be disciplined if they showed up.

"This case is about the NFL's blatant and premeditated sabotage of an event designed to bring together the very people who are the backbone of the NFL -- the players and the fans," said the lawsuit, which seeks more than $1 million in damages.

NFL spokesman Brian McCarthy said the league was reviewing the lawsuit and would "respond accordingly."

DeMarco Murray, Romo's former teammate and the NFL rushing leader who signed with Philadelphia in free agency, also was among the 60 players the lawsuit says had agreed to attend. The suit said there were another 35 players who were considering signing agreements.

The event was to include autograph sessions with players and clinics with fantasy football experts. It was to be held at the Sands Expo, a convention center that's part of the Venetian Resort but doesn't have gambling or slot machines.

The lawsuit said the mother of New York Giants receiver Odell Beckham Jr. was among those warned by the NFL that her son would be punished if he participated. It also said NFL senior labor relations counsel Brook Gardiner contacted the Cowboys, prompting the team to call an event organizer.

After failed attempts to persuade the NFL that the event wasn't associated with gambling, it was called off and refunds were offered to fans who had already booked trips. Organizers say they are planning to hold the event in Los Angeles next summer.

The suit listed several examples of what the plaintiffs considered casino ties to other players and teams, including an upcoming cruise hosted by Gronkowski and a fantasy football event in Las Vegas with ties to New York Jets receiver Brandon Marshall. The fantasy event was about the same time that Romo's was supposed to be held.

"Given the NFL's close ties to gambling, to now argue that the NFFC's July 2015 event was a violation of the gambling policy is utterly disingenuous," the lawsuit said. "Instead, the NFL, recognizing the commercial opportunities available to the NFFC, likely decided to kill Tony Romo's effort so that it could replace it with one of its own."

Romo was critical of the NFL in a radio interview after the cancellation was announced in June, also saying he was disappointed the league waited until a few weeks before the event to make an issue of it. He disputed the league's claim that it raised concerns soon after learning of the event.

Julie Pettit, an attorney for Fan Expo, confirmed that Romo had a stake in the company but wouldn't say whether he approved the decision to sue the NFL.