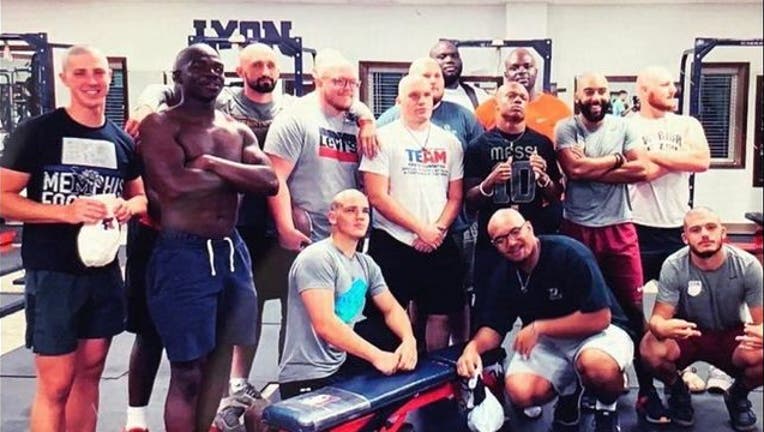 BATESVILLE, Ar. (FOX 5 DC) - The Lyon College's football team in Arkansas is more than just a squad, it’s a brotherhood.

Because when the team learned offensive coordinator, Kris Sweet, was diagnosed with cancer some players wanted to show their support, so they shaved their heads.

In a touching video upload to the athletic department’s Twitter handle, one by one players shuffled into Coach Sweet’s office to exchange bear hugs. You can hear more than one player saying, “It’s all for you coach.”

In a separate tweet from Coach Calvin Powell, he posted pictures of the squad with the caption: "When @LyonScotsFball players say they got your back it's not just talk."

He even shared a clip of one of the player's getting his long hair shaved off-- that's more than support, that's love!

Many other people jumped on the thread to show the team their support.

One person tweeted, “God bless you Coach! Looks like you got some warriors,ready to battle for/with you!”

“Need to nickname em Popeyes. That line is around the block. Love this,” another wrote.