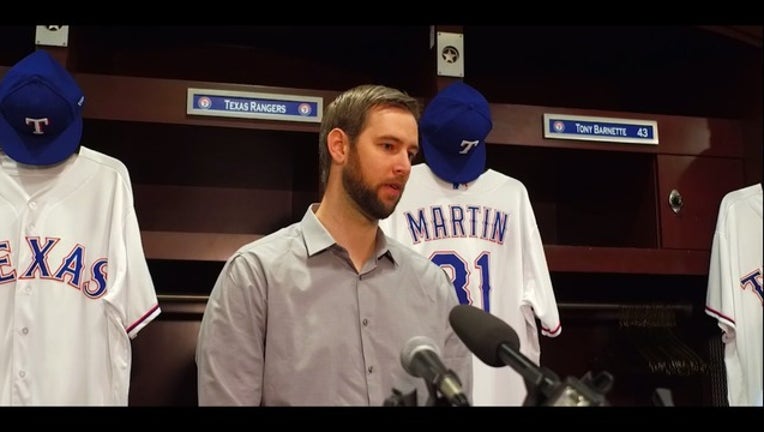 The 31-year-old right-hander, who was born in Arlington and went to high school about 4 miles from the Rangers' ballpark, had a long road to his first shot in the majors with Colorado three years ago. He pitched for the New York Yankees before joining the Pacific League's Nippon Ham Fighters.

After twice turning down offers to sign out of high school and junior college, Martin injured his shoulder pitching for McLennan Community College. He was out of baseball about three years before getting a shot in the Boston organization.