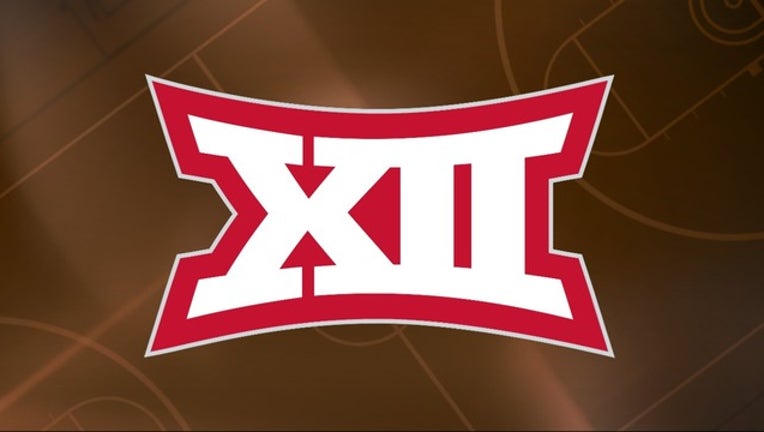 The Red Raiders want another shot at the Jayhawks.

Both will have to survive two games this week to set up a third meeting at the Sprint Center.

Kansas is the top seed and the Red Raiders are second for the Big 12 Tournament, which starts with a pair of games Wednesday night but truly gets going with a quadruple-header on Thursday. It promises to be one of the most tightly contested tournaments since the league's inception, with nine teams harboring NCAA Tournament hopes - four of which would feel much better about their prospects with a couple wins.

The Jayhawks (24-7) and Red Raiders (23-8) are comfortably in the field of 68, though they still have plenty on the line. Kansas is seeking a No. 1 seed in the NCAA Tournament while Texas Tech is seeking a title.

"I'm not a second-place guy," Red Raiders coach Chris Beard said. "We're going to put ourselves in a position every year where we're going to compete for this thing. Whether we get it done or not, that depends on a lot of things. We intend to be a part of the fight. So I'm not satisfied at all.

Even though Kansas has dominated the Big 12 for more than a decade, the tournament has been a different animal. Iowa State has won three of the past four titles, though the rebuilding Cyclones (13-17) are the only team this season that most people don't give a shot at the championship.

They play Texas on Wednesday night, while Oklahoma plays Oklahoma State in the other opening game.

The Sooners may be the best example of the brutal nature of the Big 12, which was ranked as the top RPI conference in the nation. Led by star guard Trae Young, they were ranked fourth in the nation in mid-January, but went 8-10 in the league and plummeted to the No. 9 seed for the tournament.

That puts them in that pack of four teams, all 8-10 in the league and with 18 wins overall, that are trying to solidify their NCAA Tournament hopes ahead of Selection Sunday.

"Some of us have more bruises than others, but I think the Big 12 is the strongest conference from top to bottom in America," said Oklahoma State coach Mike Boynton, whose Cowboys (18-13) are also trying to play their way into the dance. "I'm not sure if it's close."

As the Big 12 Tournament draws near, here are some of the key story lines:

Texas big man Mo Bamba is still recovering from a sprained toe that sidelined him the last two games, and coach Shaka Smart said the 7-footer is "making progress." Whether he plays against the Cyclones, or later in the tournament if the Longhorns advance, remains to be seen.

The Longhorns (18-13) are part of the logjam with Oklahoma and Oklahoma State fighting for NCAA Tournament positioning. Also in the mix is Baylor (18-13), which earned a bye into the quarterfinal thanks to tiebreakers and will face third-seeded West Virginia on Thursday night.

Fourth-seeded Kansas State (21-10) and No. 5 seed TCU (21-10) are likely in the NCAA field, but a loss for either of them could mean the first-four game that the Wildcats played in last season. Kansas State had a brutally weak schedule that hurt its RPI, while the Horned Frogs were just 9-9 in the league.

The Jayhawks once owned the Sprint Center, but it's been a house of horrors lately. They lost to Washington in the building in early January, and face a tough quarterfinal against the Sooners or Cowboys, who went a combined 3-1 against coach Bill Self's squad this season.

The Big 12 has landed seven NCAA Tournament bids three of the last four seasons, and had six teams in the field last year. But if things break the right way in Kansas City, and in other tournaments across the country, it's possible it could qualify eight or nine - something it's never done before.

"It just shows you the balance of the league. Even Iowa State, if they don't have the injuries at the end of the year, they might have another win or two in their arsenal," Kansas State coach Bruce Weber said. "It's the best league. I've done this 39 years, been in the Big Ten when it's been really good, the Missouri Valley, watched other leagues - it's the best I've ever been part of, one through 10."