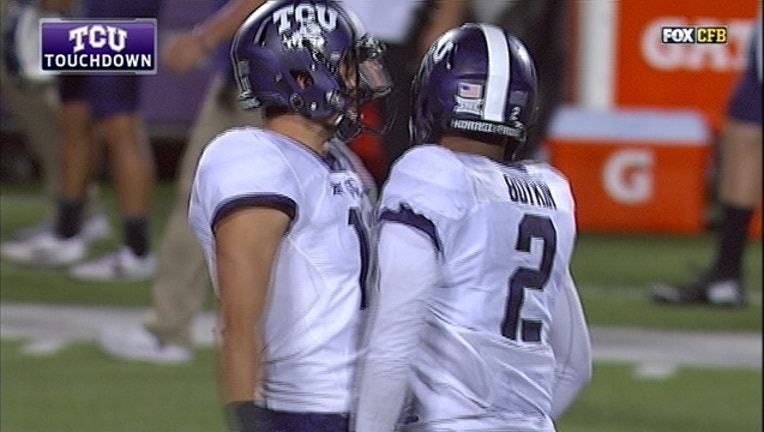 MANHATTAN, Kan. (AP) — Trevone Boykin threw for 301 yards and two touchdowns, the second a 55-yard strike to Josh Doctson with 1:10 left in the game, and second-ranked TCU rallied from a big halftime deficit to beat Kansas State 52-45 on Saturday night.

None was bigger than his catch-and-run just 30 seconds after Jack Cantele had connected on a 37-yard field goal for Kansas State (3-2, 0-2) to knot the game 45-all.

The Wildcats had won 49 straight games when leading at halftime before last week's loss at Oklahoma State. Now, coach Bill Snyder's crew has lost two in a row.