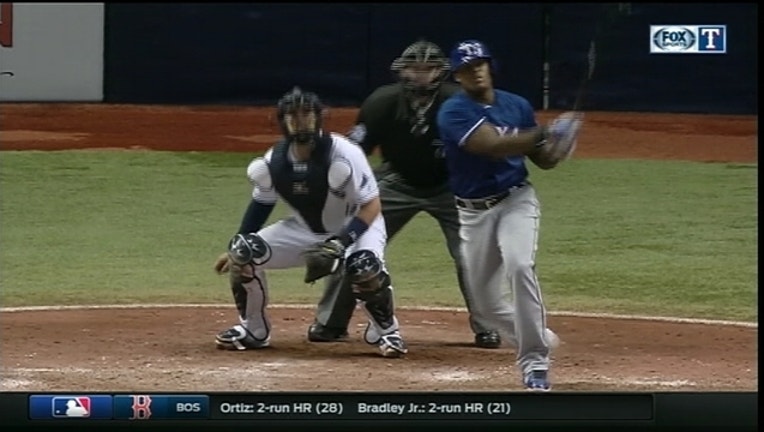 ARLINGTON, Texas (AP) - The Texas Rangers are ready for the start of the regular season.

Tightness in his right calf was too much for Beltre to overcome. The Rangers said the third baseman would go on the 10-day disabled list on Sunday, retroactive to Thursday.

"We felt, all parties involved, that it was best to start with him on the disabled list," Banister said. "If he can do the work, I don't think it will be long that we could get him up to game speed and ready to go where he feels good about it. We want Adrian on the field as much as we can have him on the field, trying to make the right decision for the long term."

Beltre had left the stadium when the media entered the Texas clubhouse.

"Our intent is for (Joey) Gallo to play third base," Banister said.

Gallo has been up and down between the Rangers and the minor leagues during the past two seasons. He was not visibly emotional about making the opening day roster for the first time.

"That was my intent in spring training to make it," Gallo said.

Texas had a scoreless tie and two wins in the last three games, all against Kansas City, to finish at 17-16-3.

The Royals (17-15-2) had been shut out in the first two games. Drew Butera led off the fifth inning with his second home run of the spring for KC's only run, ending a 22-inning scoreless streak.

Gomez drove in an unearned run in the first inning with his second sacrifice fly in two games. In the four-run second, Delino DeShields hit another sacrifice fly, Choo lined a two-run double and scored on a double by Gomez.

Rangers: Minor league RHP Allen Webster finished the spring 2-0 for Texas, but was by far at his best on Saturday. He allowed only one hit and one walk in four innings.

Kansas City still needed to move two players to bring the roster down to 25 players by Sunday morning.

Rangers: Texas will place six other players on the 10-day disabled list, retroactive to Thursday: RHPs Andrew Cashner, Chi Chi Gonzalez, Tyson Ross and Tanner Scheppers, catcher Brett Nicholas and infielder Hanser Alberto. Ross said he would pitch two innings or 30 pitches in a simulated game on Sunday, and then would go on the five-day schedule of a starter until he's ready to pitch in a regular-season game for the first time in more than a year.

Royals: Open the season at Minnesota on Monday. LHP Danny Duffy (12-3, 3.51 last season) will make his first opening day start against Twins RHP Ervin Santana. They opposed each other on March 18, when Duffy and the USA beat Santana and the Dominican Republic in the World Baseball Classic.