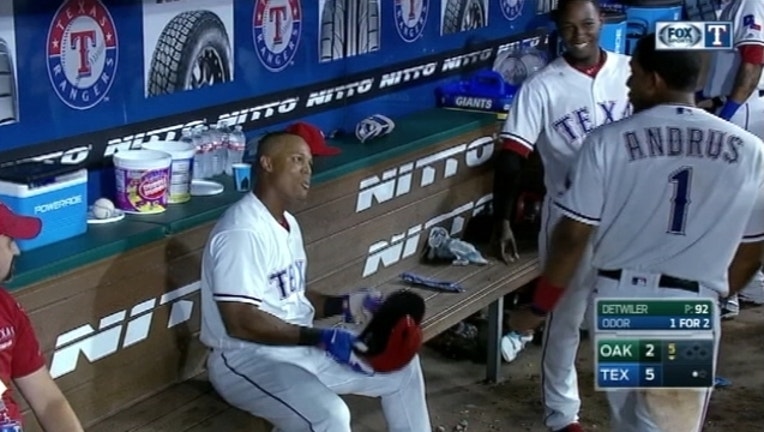 ARLINGTON, Texas (AP) — Adrian Beltre hit a grand slam not long after Texas ended a 24-inning scoreless streak and Martin Perez pitched seven strong innings for his first win since late June, leading the Rangers to a 5-2 victory over the Oakland Athletics on Monday night.

Beltre's 100th home run at Globe Life Park, which went about a dozen rows above the 14-foot wall in left field, came against former teammate Ross Detwiler (1-1) in the fifth inning with Texas trailing 2-1.

The decisive homer, Beltre's 10th career slam, came three batters after Shin-Soo Choo fractured his left forearm when he was hit by a pitch.

Perez (8-8) gave up five hits and two runs — one earned — with six strikeouts in seven innings. He had gone 0-4 over eight starts since a 6-2 win against Boston on June 26.

Sam Dyson got a double play in the ninth for his 27th save.