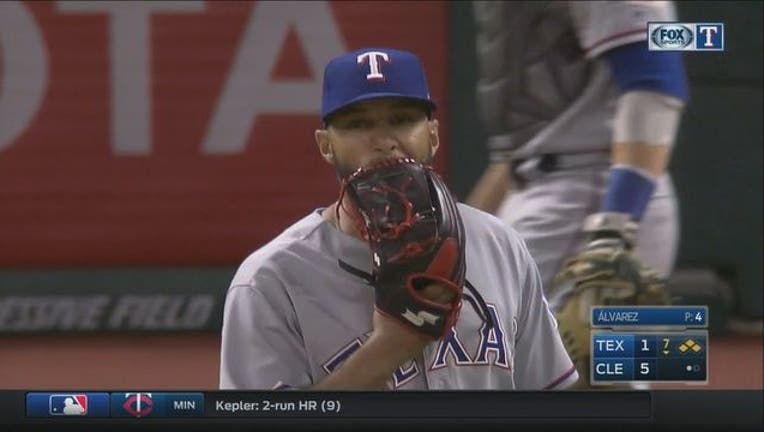 Francona was cleared to come back after another health scare forced him to leave Monday's game and miss Tuesday's contest. The 58-year-old Francona has been fitted with a heart monitor, but he said doctors have ruled out any serious health issues.

Brantley had RBI singles in the third and the seventh. Francisco Lindor, Jose Ramirez and Edwin Encarnacion also drove in runs.

Yu Darvish (6-6) gave up three runs - two earned - in six innings and has one win in his last seven starts.

Andrew Miller struck out four of the five batters he faced. Elvis Andrus hit a leadoff homer in the ninth off Cody Allen. Rougned Odor added an RBI single, but Allen struck out Chirinos to end the game.

Cleveland has won five of six against Texas this season.