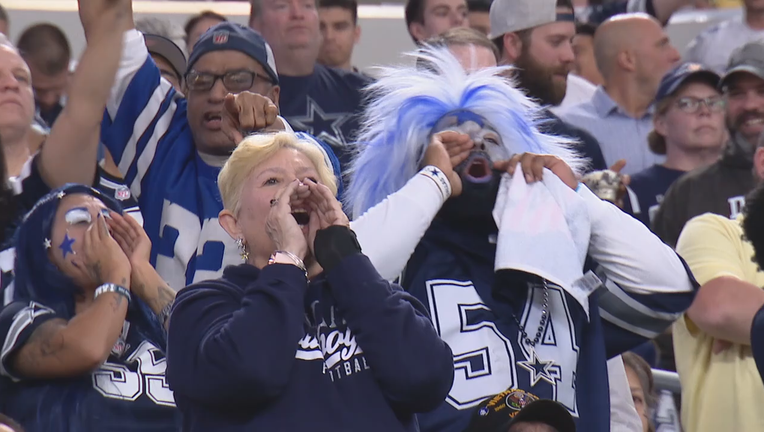 ARLINGTON, Texas - There will be some fans allowed at AT&T Stadium Sunday for the Dallas Cowboys’ first home game.

The Cowboys are accustomed to capacity crowds no matter where they play, especially at home in Arlington. But this coming Sunday, the atmosphere will be very different.

Instead of the thunderous roar of the crowd, the fans that are there will try to make as much noise as possible.

Head coach Mike McCarthy on Wednesday announced the team will allow about 20,000 fans inside the stadium, which is about 25% capacity.

The team said everyone will be required to wear masks and social distancing will be enforced.

The Cowboys canceled traditional season tickets for this year. Digital tickets on fans’ mobile devices are being sold for individual games.

Concession stands will accept only credit and debit cards to limit hands to hand contact.

No fans were allowed inside to watch the Cowboys season-opening loss at Los Angeles this past Sunday night. Coach McCarthy said that was an adjustment.

“It was definitely weird being back out there and just having still air in that environment, especially when they’re not playing any crowd noise. You have to bring your own juice. You have to create your own energy,” said running back Ezekiel Elliott.

The Cowboys play the Atlanta Falcons on Sunday. Like the Cowboys, they are also 0-1 after losing to the Seahawks.