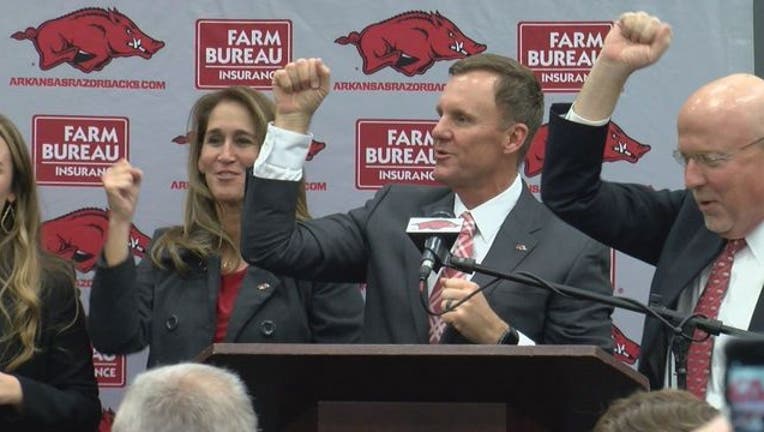 The Razorbacks have also announced Joe Craddock will serve as the offensive coordinator and quarterbacks coach, continuing in the same role he held at SMU under Morris.

Chavis, 61, has spent the last 23 years as a defensive coordinator in the SEC, starting at Tennessee - where he was a part of the Volunteers national championship in 1998. He was also at LSU from 2009-14, winning the Broyles Award as the country's top assistant coach in 2011, and spent the last three years with the Aggies.

Craddock, 32, was the offensive coordinator for the last three seasons with the Mustangs, helping the school average 40.2 points per game last season. He began his collegiate coaching career at Clemson and played at Middle Tennessee.