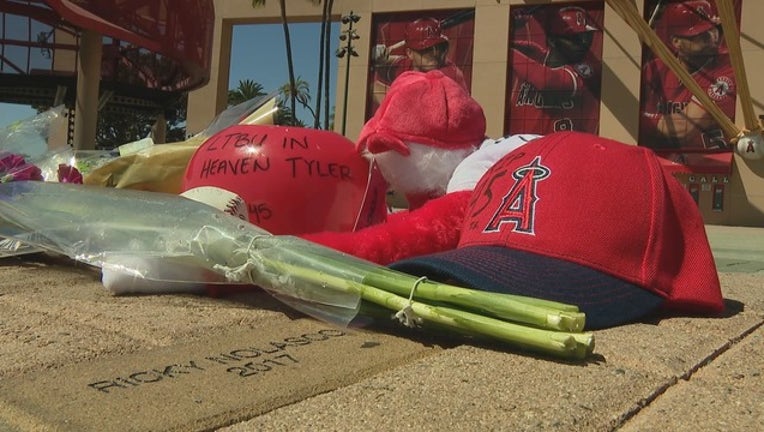 ARLINGTON, Texas (AP) - The Los Angeles Angels will play a day-night doubleheader in their return to Texas next month to make up the game that was postponed after the death of pitcher Tyler Skaggs.

The Rangers announced Sunday that the makeup game will be a day game Aug. 20. That will be before the previously scheduled game that night.

After Skaggs was found unresponsive in his Texas hotel room on July 1, the scheduled opener of what was supposed to be a four-game series was postponed. The other three games were played, with the Angels winning the first two before Texas won the July 4 game that Skaggs had been set to start.

Los Angeles played its first home games this weekend since Skaggs passed away.

The Angels make their last scheduled trip to Globe Life Field from Aug. 19-21. The split doubleheader with the makeup game will come on the middle day of what was to be a three-game series.