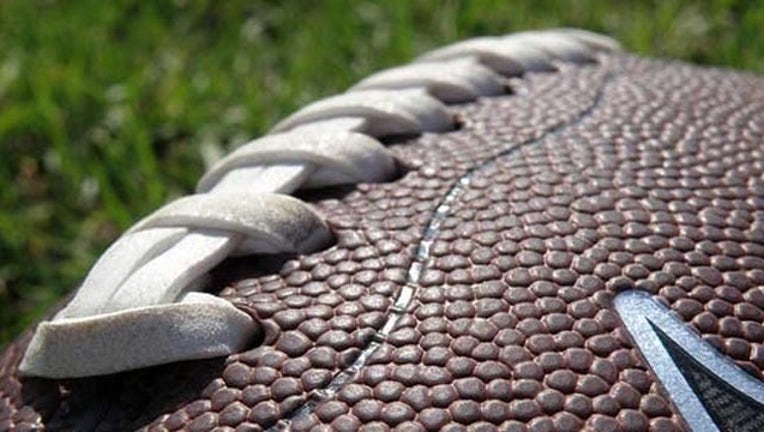 Murray led Allen (Texas) High to a 16-0 record and the Class 6A, Division I state championship last fall. The senior threw for 4,713 yards and 54 touchdowns.

"This is a big deal," Murray said later. "I hope to continue my success at the next level. This award means nothing if I don't carry on the tradition in receiving it."

Hill became the first high school girl to break 11 seconds in the 100-meter dash with a time of 10.98 seconds for Rockdale County High in Conyers, Georgia. That made the sophomore the world's fastest under-20 performer in the event this year, and she ranked 10th worldwide. Hill didn't attend the ceremony because she is competing in the world youth championships in Cali, Colombia.

Abby Wambach of the Women's World Cup champion U.S. team, former winner and WNBA star Candace Parker, retired soccer star Julie Foudy and DeMarco Murray of the Philadelphia Eagles announced the girls' award. Parker grabbed the trophy with both hands and held it up while Hill thanked her parents, coaches and teammates in videotaped comments.

The winners are chosen by national media, with athletic excellence, academics and character taken into consideration.

Murray had a grade-point average of 3.40 and volunteered with an elementary education literacy and anti-bullying campaign.

He led Allen High to consecutive Class 5A, Division I state titles as a sophomore and junior, and finished his career with a 42-0 record as the school's starting quarterback.

"Sports is something I love," Murray said.

Hill carries a 4.61 GPA and is a member of the National Honor Society at Rockland County High, where she has donated time to charity drives to help the needy.

The 16-year-old sprinter swept the 100 and 200 dashes with record times at the state championships last spring. Hill is the third track and field athlete to win the girls' award, joining Allyson Felix in 2003 and Chanelle Price in 2008.

The 13th annual awards are sponsored by Gatorade.