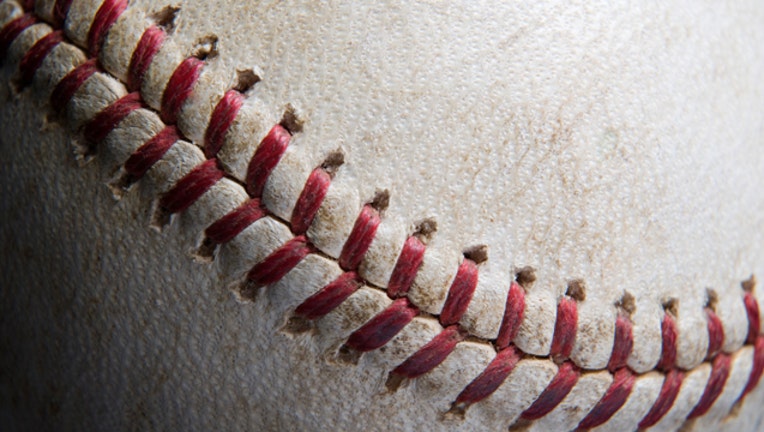 ARLINGTON, Texas - Lucas Giolito feels like the Chicago White Sox are right where they need to be as they close in on their first AL Central title since 2008.

They are focused, energetic -- and winning series.

Giolito pitched into the sixth inning, Jose Abreu matched the major league RBI lead and Yasmani Grandal homered for the second game in a row as the White Sox beat the Texas Rangers 7-2 on Sunday in the rubber game of their weekend series.

"We were chirping. We were completely in the game. Pitch to pitch, I could feel that energy like from the first inning," Giolito said. "Today was a really good example of everybody being in the game. ... I think that's where we need to be."

With 13 games left in the regular season, Chicago's magic number is four to clinch the division title over second-place Cleveland. The White Sox (85-64), looking to make the playoffs in consecutive seasons for the first time in franchise history, on Thursday start a span of five games over four days in Cleveland.

In the pandemic-shortened 60-game season last year, the White Sox had a three-game division lead with eight games to play before losing seven of those and finishing as a wild-card team behind division winner Minnesota.

"You understand that we're not too far away from it, but we've just got to continue to stay hungry," said shortstop Tim Anderson, who had his 41st multihit game of the season.

"I think last year we kind of made the mistake of letting off the gas a little bit towards the end, especially after we clinched (a playoff spot)," Giolito said. "And so I think that we learned from that mistake."

Abreu's two-run single capped a five-run fourth for the White Sox and pushed his RBI total to 113, tying Kansas City catcher Salvador Perez. Abreu is trying to join Cecil Fielder (1990-92) as the only AL players to lead the league in RBIs in three consecutive seasons.

Chicago's big inning started when Grandal led off by lining a ball just over the wall in right-center for his 22nd homer. Cesar Herrnandez also had a two-run single in that outburst off Jordan Lyles (9-12) for a 5-0 lead.

Giolito (9-10) struck out four while allowing one run over 5 1/3 innings. It was the right-hander's second start since missing two weeks because of a strained left hamstring, and he pushed to go back out to the sixth and got his pitch count to 97.

The Rangers, who have used a club-record 26 rookies this season and are last in the AL West, finished a 2-5 homestand against division leaders Houston and Chicago.

"We've got a little ways to go to kind of compete with that. So it was just kind of was a reminder of where we're at, I guess," Texas manager Chris Woodward said. "The effort was there, just the ability to execute, we got outclassed a little bit."

Lyles was trying to win in four consecutive outings for the first time in his career. The right-hander allowed five runs on eight hits in 3 2/3 innings while striking out three, walking three and hitting Abreu with a pitch in the first. ... Rangers SS  Isiah Kiner-Falefa had two singles and a walk. He drove in a run and scored the other for the Rangers on a sacrifice fly by Adolis Garcia in the eighth. ... Kiner-Falefa's two stolen bases made Texas 18-of-18 on steal attempts this month. ... RHP Kohei Arihara was designated for assignment by the Rangers, who signed the Japanese pitcher to a two-year contract last winter. If he clears waivers, Texas will outright him to the minors and invite him to spring training as a non-roster player.

White Sox: Manager Tony La Russa said OF Adam Engel, who has been out more than a month with left shoulder inflammation, is "getting better, making a lot of progress," and could return to the team this week.

Rangers: RHP Mike Foltynewicz was activated from COVID-related injury list, then pitched three innings in relief. He allowed two runs and two hits over three innings in his first appearance since Aug. 18.

White Sox: LHP Carlos Rodon (12-5, 2.38 ERA) has won four consecutive starts going into the opener of a three-game series at Detroit on Monday night. Rodon is 2-0 with a 1.38 ERA in two starts against the Tigers this season.

Rangers: Rookie RHP A.J. Alexy (2-0, 3.68), who pitched in relief in his last appearance, makes his third career start Monday night in a series opener at the New York Yankees. Alexy has thrown 11 scoreless innings while allowing only two hits as a starter.