This week's best games include a showdown of 2 undefeated teams, and a battle for a playoff spot.

Welcome to 4 to Watch, where each week we break down four of the biggest high school football games in DFW. 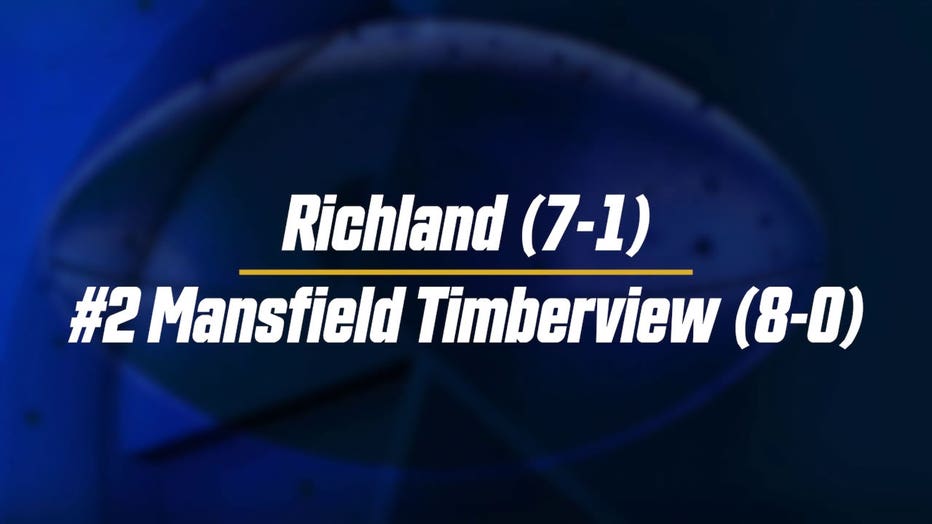 The undefeated Wolves from Timberview are ranked second in the state for 5A, Division One.

This might be the best shot Timberview has ever had at capturing its first ever state title.

7-1 Richland will eye the upset behind a passing game led by quarterback Bryce Morton, which leads 5A.

It won't be easy for the Royals to put up their 337-yard per game through the air though against a stingy Timberview defense. 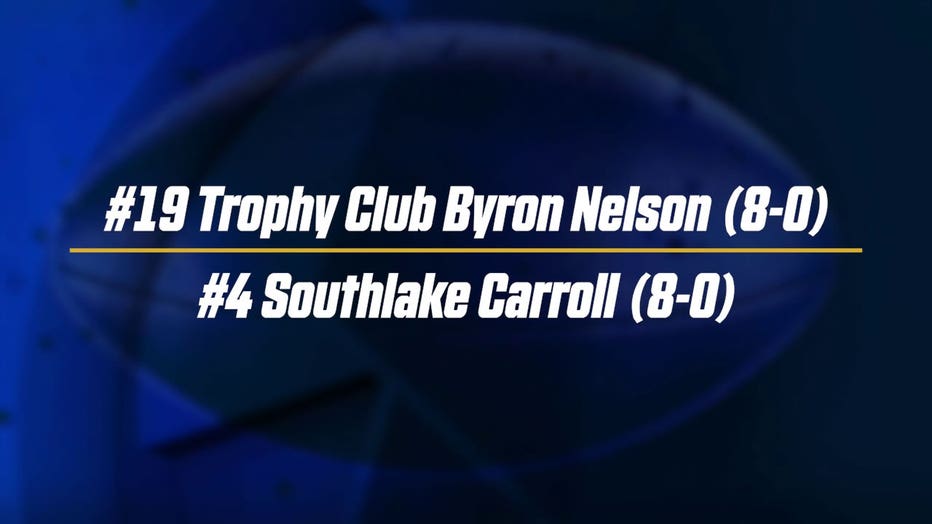 A clash of undefeated teams in 6A on Friday night.

The Dragons have won six straight games against the Bobcats, but Nelson is leading all DFW 6A teams in scoring at a 55-point-per-game clip.

Carroll has been without injured star quarterback Kaden Anderson the last two games, but star running back Owen Allen has picked up the slack.

This should be a whole lot closer than the 69-0 beat down Carroll put on Byron Nelson last year. 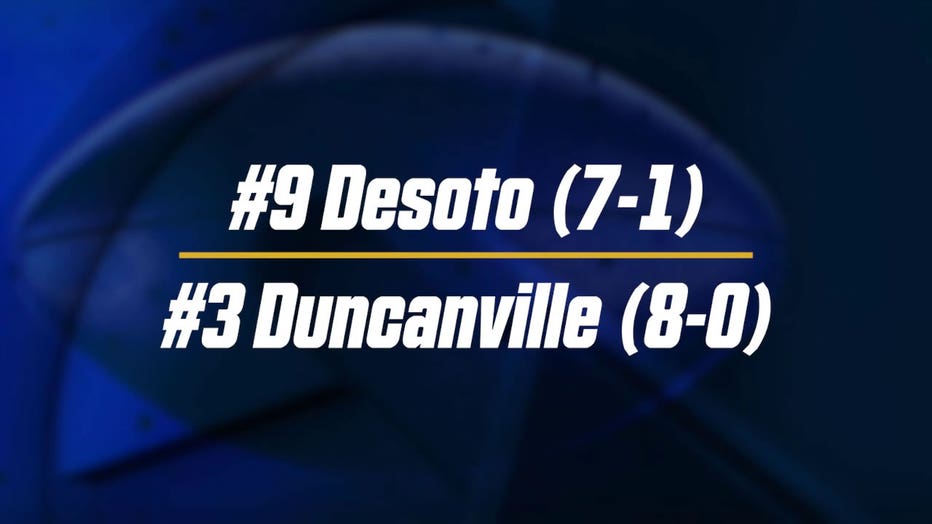 Game Three is another "circle it on the calendar in the summer" matchup.

DeSoto's only loss was to nationally ranked St. Frances Academy from Baltimore.

Duncanville is unbeaten, the Panthers have won 40 straight district games.

This game also decides the 6A, District 11 title.

The Eagles will need a big game from QB D.J. Bailey, to pull off the upset of Duncanville.

Bailey has thrown for 29 touchdowns.

This will be his toughest test yet against a Duncanville defense giving up under 11 points per game. 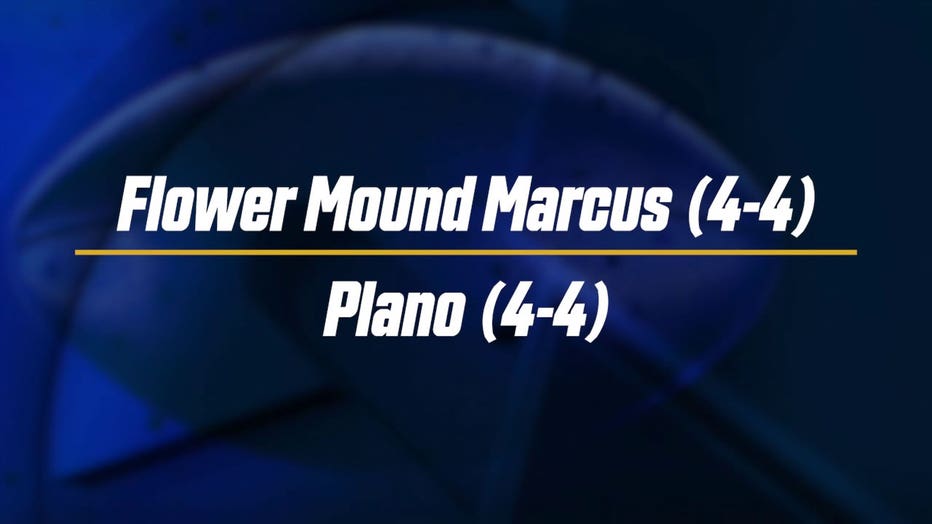 In Game Four, two teams that are fighting to keep hopes alive.

It's a 6A showdown between Flower Mound Marcus and Plano.

The clinching scenario is simple for the Marauders. If they beat Plano, they are in.

For the Wildcats, they need a win over Marcus, plus losses by Hebron and Flower Mound.

Essentially, the playoffs start now for both of these teams, so this should be juicy!