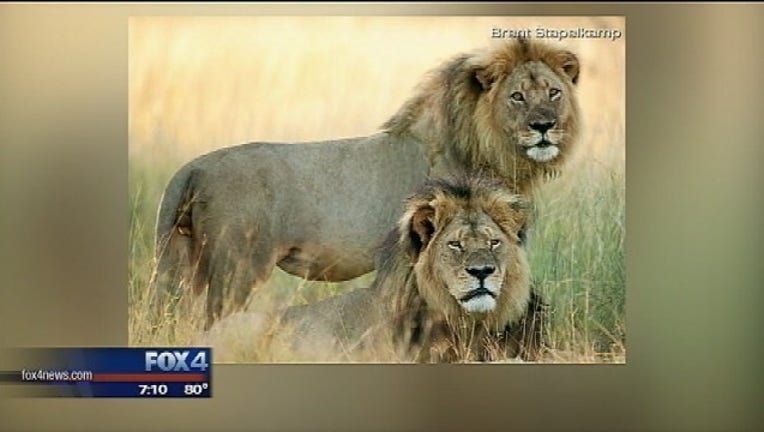 HARARE, Zimbabwe (AP) -- A second American killed a lion in an illegal hunt with a bow and arrow in Zimbabwe several months ago, amid an international outcry over a U.S. hunter accused of illegally killing a well-known lion named Cecil in early July, authorities said Sunday.

The second American was involved in an illegal hunt of a lion in April around Zimbabwe's Hwange National Park, said the National Parks and Wildlife Management Authority in a statement. A Zimbabwean landowner named Headman Sibanda was arrested in the case and is assisting police with their investigation, the authority said.

Zimbabwean authorities earlier said they are seeking the extradition of Minnesota dentist Walter James Palmer, alleging he did not have authorization to kill the lion named Cecil a month ago. The lion was lured out of Hwange park and first wounded with a bow and arrow before being tracked down and shot, according to conservationists in Zimbabwe. Palmer has said he relied on his professional guides to ensure the hunt was legal.

Two Zimbabwean citizens were arrested and face charges in the case in which Palmer has been implicated.