'You're my angel:' Woman pulled from fiery crash thanks off-duty Dallas officer

52-year-old Julie Engle remains in a hospital bed and is on oxygen. The message she delivered to the guy who saved her life took just about all of the strength she had. "I want to say thank you for saving my life. Thank you for being the angel."

DALLAS - The woman rescued by a Dallas hospital off-duty police officer after a fiery crash last week wants to tell him thanks for being her angel.

52-year-old Julie Engle remains in a hospital bed and is on oxygen. The message she delivered to the guy who saved her life took just about all of the strength she had.

Engle says her truck broke down last week on I-30 as she was about to exit the freeway. She saw smoke and then felt a jolt that took the breath out of her.

An off-duty officer was on his way home when he saw the truck in flames and jumped to action.

A week after Engle was rescued from a burning truck by off-duty Dallas County Hospital District Police Officer Henry Vargas, she’s giving him thanks from her hospital bed.

"Hi, Mr. Vargas. I want to say thank you for saving my life," she told him. "Thank you for being the angel." 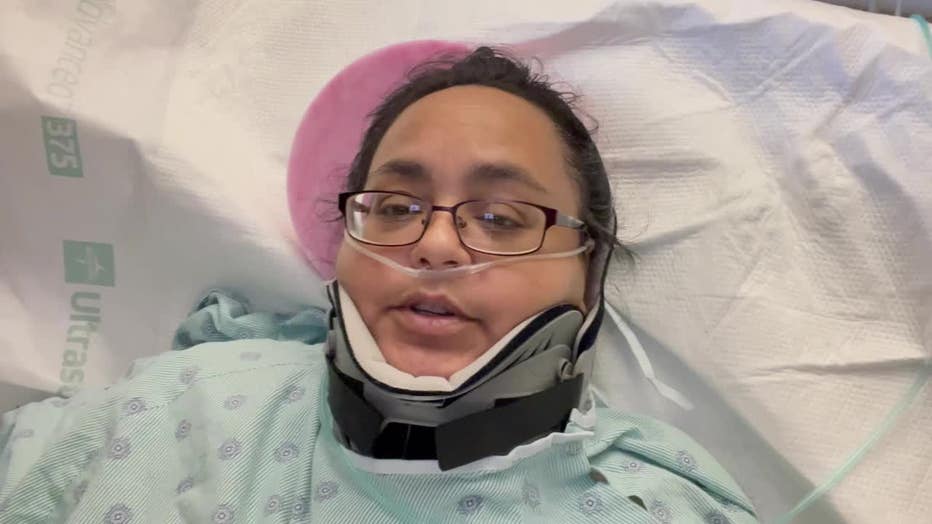 Engle was driving home in a relative’s truck along I-30 near Jim Miller Road when it stalled. Two other vehicles crashed into her.

Lorena Arellano, Engle’s friend, explains what she was told.

"The truck just died, and she was on the phone telling her dad that the truck had died, and she was going to need help," she recalled. "And that’s when they hit her, and her father heard everything and heard her crying and screaming to get her out."

That’s when Officer Vargas, who just so happened to be driving by, took action.

"I just got out of my car and ran towards it," he told FOX 4 in a previous interview.

Officer Vargas smashed the passenger’s side window and unlocked the door. And with the help of other bystanders, he pulled Engle out. Seconds later, the truck was engulfed with flames. 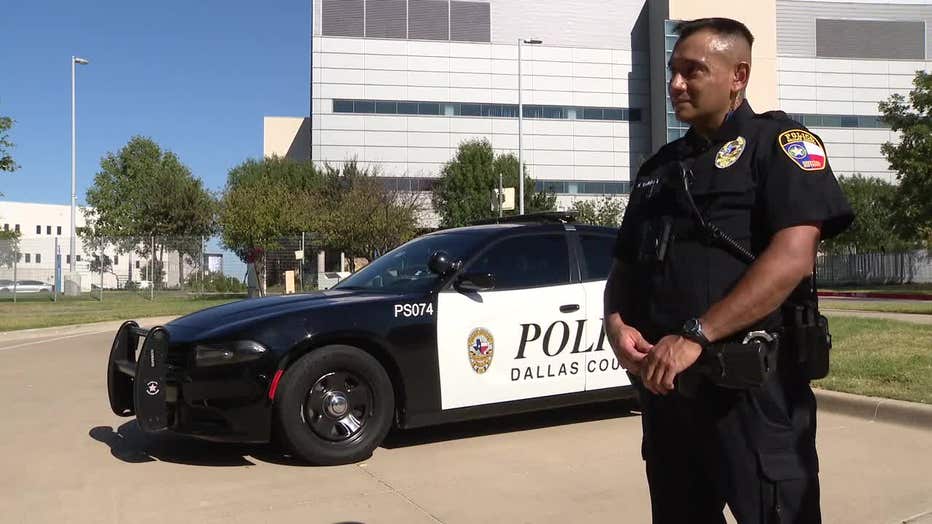 "Her mother had texted me and said that Julie was in a really bad accident," Arellano recalled. "And I didn’t know how bad it was. I would’ve never thought it was this severe."

Arellano says Engle has 18 fractures across her ribs and more injuries.

"Her tendons from her neck connecting to her spine are torn," she said.

Engle has a lengthy road to recovery.

"It knocked the breath out of me," she recalled. "I was spinning and spinning, and I don’t know how many times."

But right now, Engle is so grateful that Officer Vargas was nearby to save her life.

Engle and Officer Vargas each say they plan to meet.