The term medical miracle may be overused but this one comes close. A 29-year-old Dallas woman who had a heart attack survived and is exceeding her doctors' expectations.

DALLAS - The term medical miracle may be overused but this story comes close. A 29-year-old Dallas woman who had a heart attack survived and is exceeding her doctors’ expectations.

According to the American Heart Association, heart disease is the number one killer of women. One in three women will die of heart disease.

But Heather Hooper refused to be part of that statistic.

“I’m the healthiest that I’ve ever been in my entire life. My heart is working at max capacity and it is the strongest it has ever been,” she said.

Just one year ago, that was not the case. 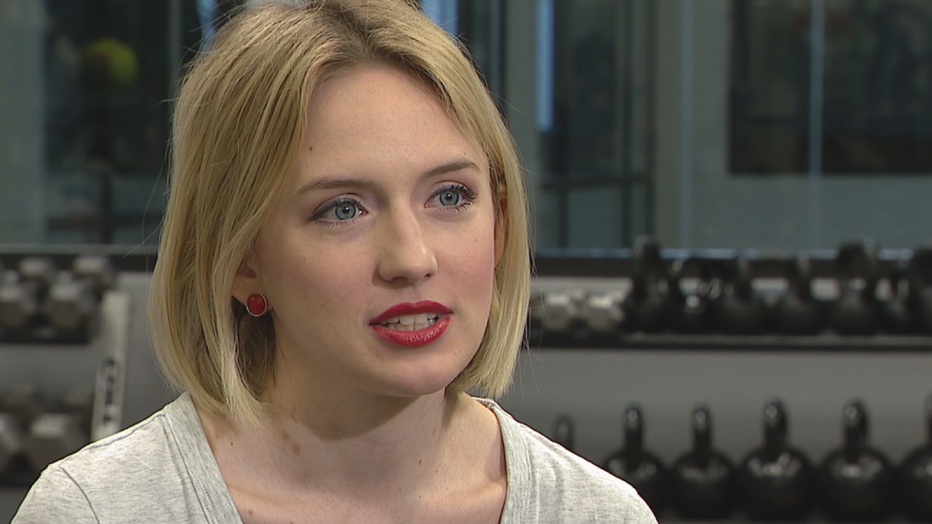 “So this time last year I was in physical therapy learning to walk up steps,” she said.

Heart health has always been a priority for Heather. She was born with a heart defect.

“In my mind, it was a part of my life that was always there and I always got my regular checkups. But it had never been a major issue,” she said.

Then at 29 on a work trip in Atlanta, she went into cardiac arrest.

“I started feeling very disoriented. I started sweating, pain in my jaw, neck and back. There was a pounding in my chest. I knew because I’ve been a volunteer with the American Heart Association for 10 years, something was wrong with my heart,” she said.

A colleague called 911 and Heather was rushed into surgery. 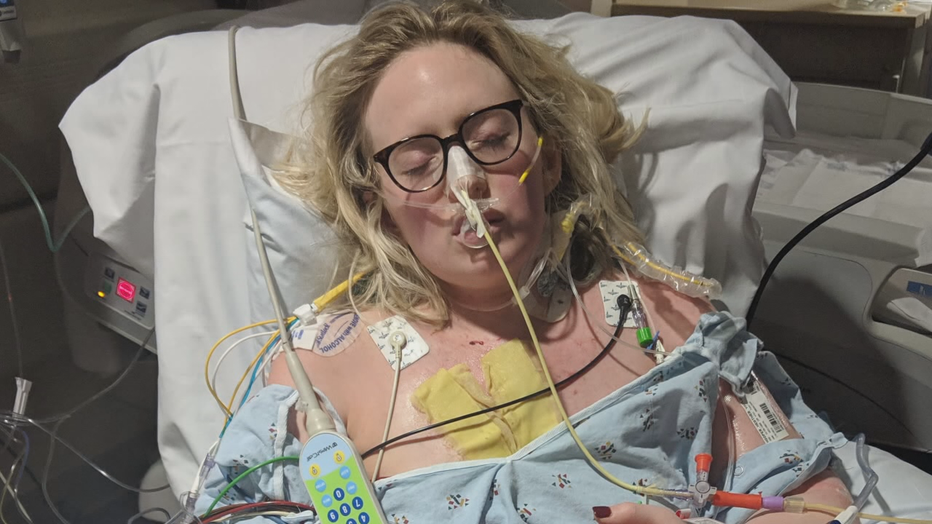 “They were able to replace the valve and keep me alive but I shouldn’t have survived the night,” she said.

Heather spent days on life support and in a medically induced coma.

Once awake, her doctors made the decision to put in a left ventricular assisted device or LVAD that would pump her heart for her.

“I lived with batteries attached to my body and a cord coming out of my stomach. This machine was keeping me alive,” she said. 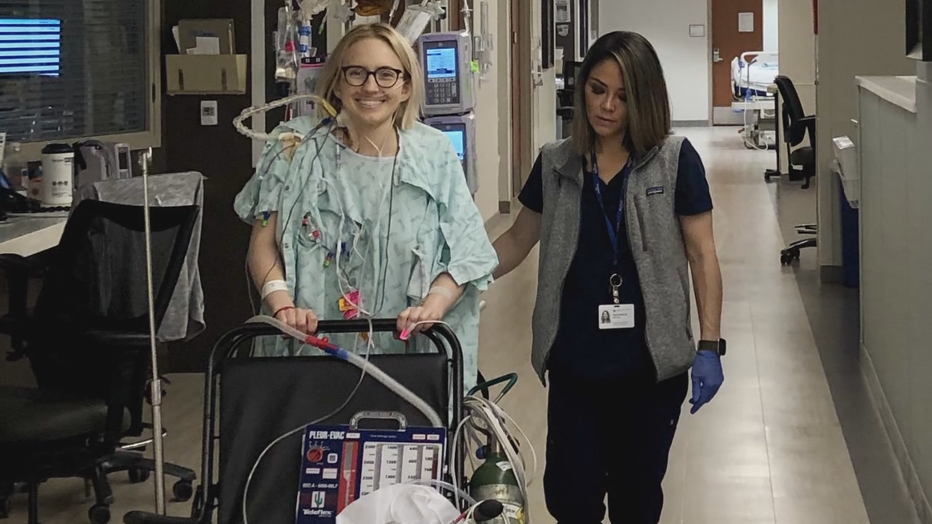 She expected the LVAD to be permanent, at least until she received a heart transplant. That’s the case for 99% of LVAD patients.

Then she returned to Dallas and began cardiac rehab at Baylor University Medical Center.

“Every single day in some way I made progress,” she said.

A young Dallas woman who nearly died from a heart attack last year has a message for other women -- be aware. Not only did she survive, she's thriving and exceeding. Good Day's Shannon Murray shares her story for the American Heart Association's Go Red for Women Day.

Heather made so much progress that her cardiologist suggested removing the LVAD, which is almost unheard of.

“Less than 1% of LVADs come out because the heart becomes dependent on it,” said Dr. Amarinder Bindra. “People frowned at me for attempting to take it out. But I looked at her and said, ‘They don’t know Heather. They don’t know who she is as a person. I think this will be okay.’ And then you go with your gut and hope for the best bet.”

“And here I am!” Heather exclaimed. 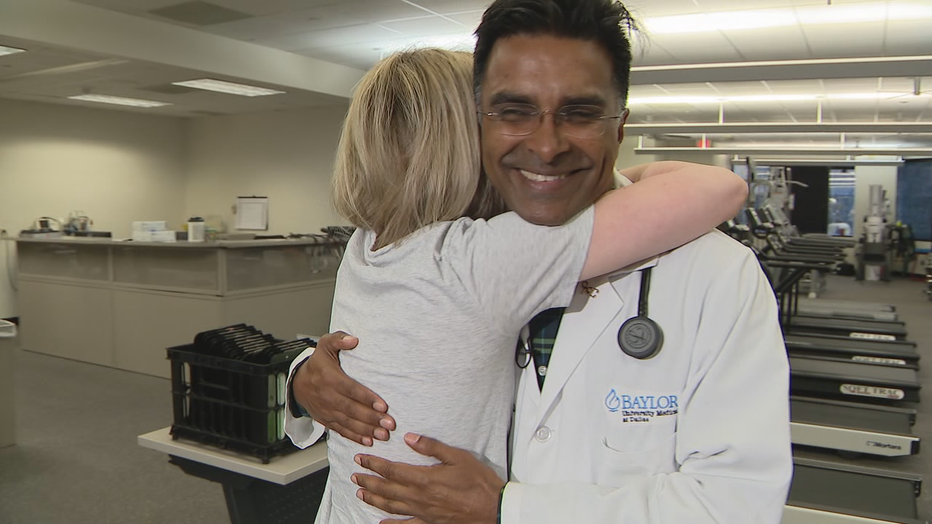 Now only the scars remain and her heart is pumping on its own.

“It’s like having a sports car and being like, ‘Let’s open this baby up and see what it can do.’ And that’s what I’m doing here,” she said.

With her rehab team, Heather bounced back stronger than ever. 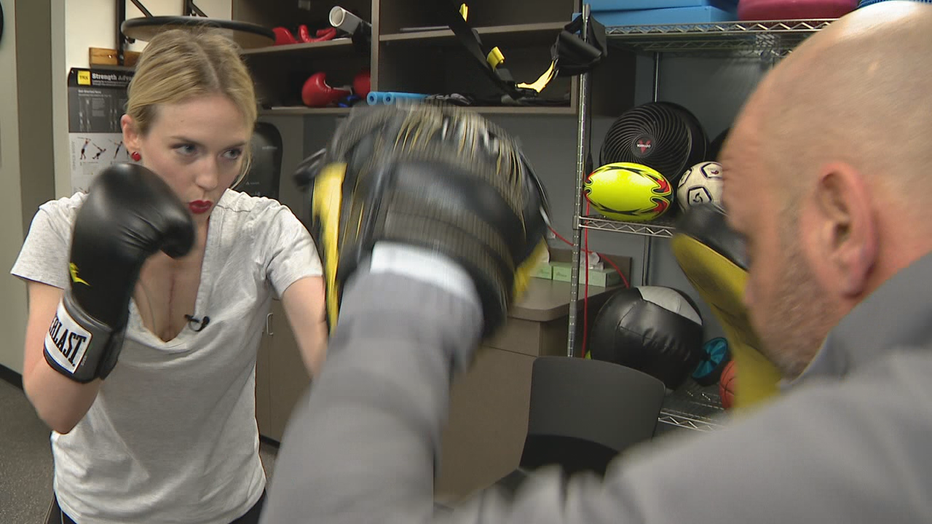 “I’m doing boxing and strength training and running. I’m running and it’s crazy!” she said. “The people here have saved my life just as much as my surgeons.”

Now she hopes her story will help save someone else’s life.

“It is very unlikely for anyone to experience what happened to me,” she said.

What’s not uncommon is feeling sick with pain in your jaw, in your chest and shortness of breath. These are classic symptoms of a heart attack that most women will ignore.

Dr. Bindra also said there are other things women should all look out for. The number one cause of heart failure is high blood pressure. Number two is diabetes and then obesity.

The best thing people can do for their heart is to eat healthy and exercise, plus make routine visits to a doctor.

“The thing for me now is the sky's the limit. I don't know what that looks like and now I have the opportunity to figure that out,” Heather said. 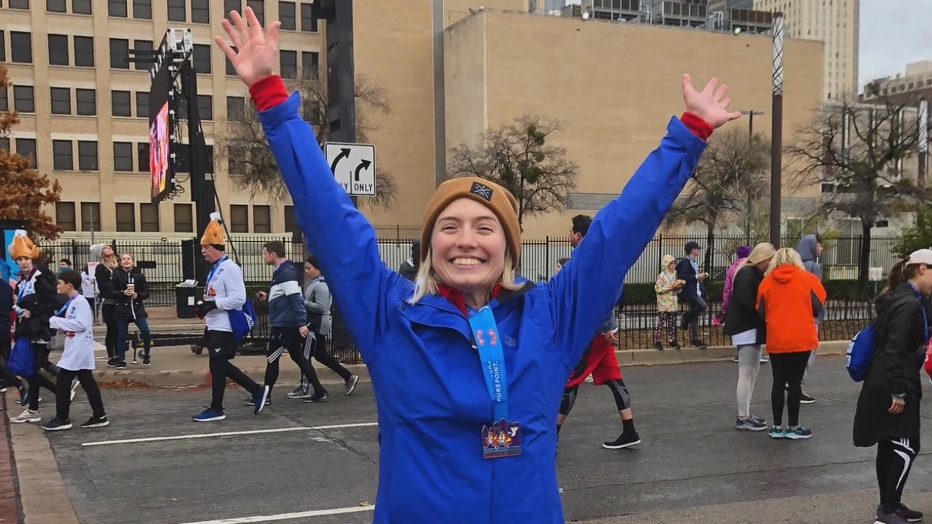