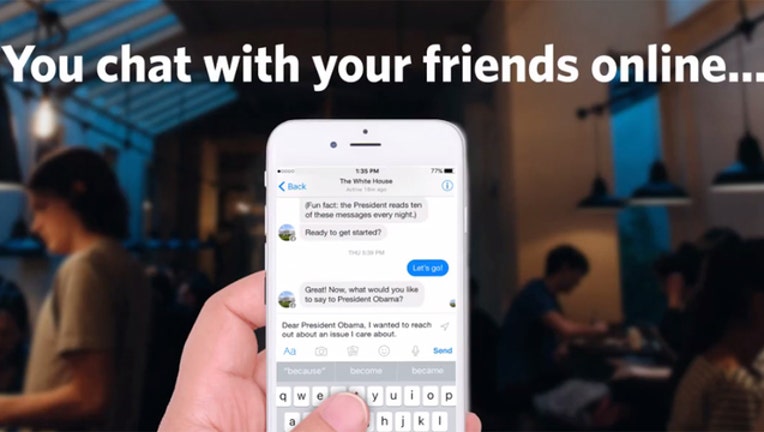 NEW YORK (FOX 5 NEWS) - The White House has a long tradition of opening every letter (and email) that it receives. And sometimes even the president will look at a few -- and respond.

Now you have one more way of contacting the White House and President Barack Obama: Facebook Messenger.

"Every night, President Obama reads 10 letters that were sent to him by citizens. It has been a part of his daily routine since taking office in 2009," White House Chief Digital Officer Jason Goldman said in a post. "These 10 'letters a day' — or 10 LADs, as they're known to staff — do more to keep the President in touch with what's happening around the country than just about anything else. 'It ends up being a powerful motivator for me,' he has said."

"The White House's Messenger bot, a first of its kind for any government the world over, will make it as easy as messaging your closest friends," Goldman said.