Wylie mayor: ‘Only men should lead prayer at council meetings’

The mayor of Wylie in Collin County is defending his beliefs that only men, and not women, should lead the prayer before city council meetings.

WYLIE, Texas - The mayor of Wylie in Collin County is defending his beliefs that only men, and not women, should lead the prayer before city council meetings.

A minister in the Church of Christ, Mayor Eric Hogue says he's following the teachings in the Bible. He says he has never stopped a woman from leading the prayer. But with his position made public, he's obviously getting a lot of backlash.

The mayor of Wylie used his government email to ask that only men deliver the invocation before council meetings. Hogue says it’s his religious belief and opinion that women shouldn’t lead prayer. Some say his religious beliefs have no place inside city hall.

The Wylie branch of the international non-profit, Youth With a Mission, which works to help refugees and fight sex trafficking among other causes, says it’s praying even more than usual during the COVID-19 pandemic.

“Really, our heart is just to bless the city,” said Youth With a Mission – Wylie Director Patty Bauman.

But Mayor Hogue says while he appreciates their efforts, he’s asking that only the men, and not women, lead prayer at council meetings.

“Maybe I shouldn’t have stated my opinion, but it is my opinion, the mayor said. “And I even say in the email that I know everyone doesn’t feel this way. It’s just my conscience.” 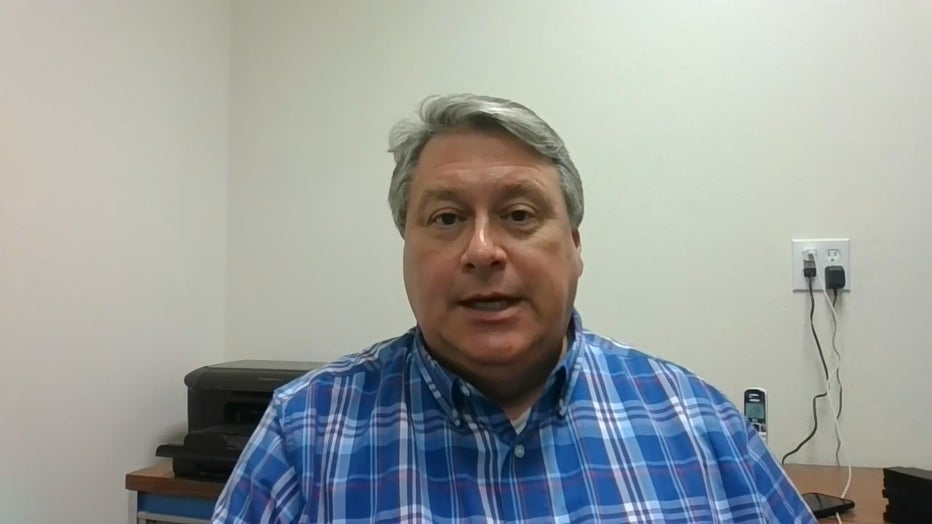 Hogue is referencing an email exchange he had with Wylie Mayor Pro Tem Jeff Forrester.

Forrester called Youth With a Mission’s efforts “a great testament to their devotion to God.” He asked the mayor if he had any thoughts on asking a couple of the young men to lead them in prayer before their next meeting.

Mayor Hogue replied: “All I ask is those leading the prayer be young men.”

“My own personal beliefs in the Bible and how I believe,” Hogue said. “I’m not asking anyone else to take on those beliefs.”

Mayor Hogue, who is also a minister in the Church of Christ, cited two scriptures in the email. One of them was 1 Timothy 2:11-12: “Let the women learn in silence with all subjection. But I suffer not a woman to teach, nor to usurp authority over the man, but to be in silence.”

Debbie O’Reilly, president of Women Organizing Women Democrats, says her group and others plan to voice their concerns at the next council meeting.

“This is a city council meeting. These are the city council chambers. It is not his church,” she said. “It’s not about his personal or religious agenda, which must stop at the chamber doors.”

“In some ways, I wish I would’ve just said ‘sure’ on the email,” Hogue said. “And in other ways, I’m like I just gave my opinion, and I’m sorry that you don’t like it. That’s still my opinion.”

The mayor says during his 12 years in office, women have delivered the invocation.

“In all the years, I have never told a lady who is scheduled to lead the invocation that she can’t lead a public prayer,” he said. “I have not done that. I would not do that.”

The non-profit believes the mayor is entitled to his beliefs and will continue to pray for him and the city.

“Our heart is just to bring unity in the city,” Bauman said.

The mayor had already planned on not running for re-election. Hogue says he has received some positive feedback and some threats since making the comments in the email.