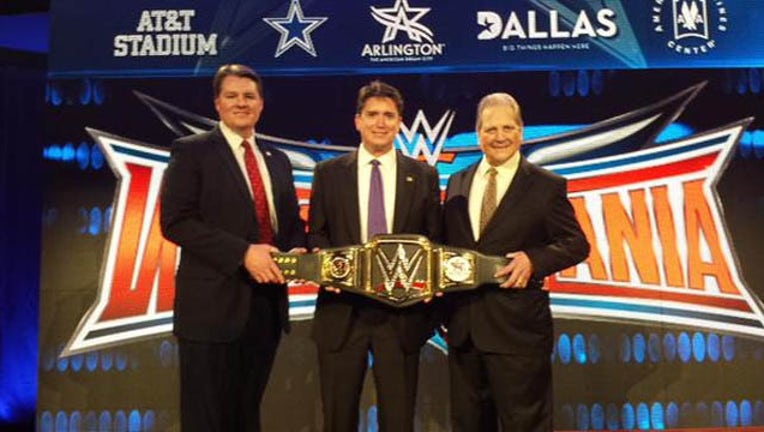 It's another marquee event for the massive palace Jerry Jones built in Arlington.

"We look forward to making history at WrestleMania, while adding AT&T Stadium to the list of iconic venues that have hosted our annual pop-culture extravaganza," said Vince McMahon, WWE Chairman & CEO.

WrestleMania 32 is scheduled for Sunday, April 3, 2016. WWE officials said there will be a week's worth of festivities in Dallas leading up to the main event.