In case you can’t get enough of the action on SmackDown LIVE on FOX, WWE superstars are facing off on FOX’s all-new game show “25 Words or Less” airing Friday, Sept. 20.

LOS ANGELES - In case you can’t get enough of the action on SmackDown LIVE on FOX, WWE superstars are facing off on FOX’s all-new game show “25 Words or Less” airing Friday, Sept. 20.

25 Words or Less Host Meredith Vieira explained the rules of the game in an exclusive inside look showing the exciting crossover. “The goal of the game is to get your teammates to guess 10 answers correctly in one minute, and then you go home with $10,000,” said Vieira.

The game pits two teams against each other, and contestants get help from their celebrity counterparts in a fast-paced word game where team members have to guess a list of five words, using fewer than 25 clue words.

This time the contestants are getting a little extra word muscle from some WWE athletes stepping into a new kind of ring.

Vieira talked about how amazing it is to work with the WWE champions, saying, “Yeah, they’re entertainers, but they touch the heart of their fans, because they’re so devoted.”

“For us to be in a position where we can actually help somebody do something with their real life, is pretty cool,” said WWE star Apollo Crews. 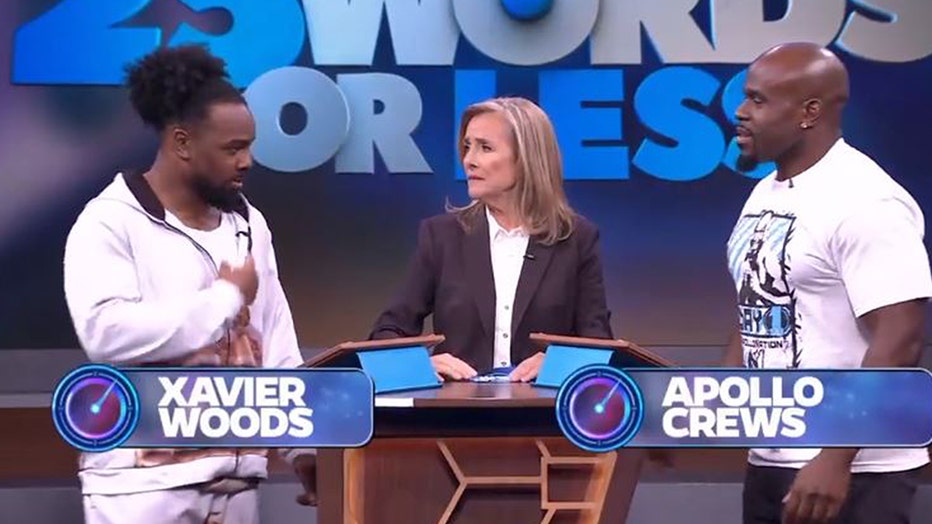 Becky Lynch, who will show off her way with words on Friday, Oct 2, said “there’s so much madness” to come.

The ultimate WWE and vocab crossover will go on through Oct. 11 and feature some of your favorite superstars, including Xavier Woods, Seth Rollins and many more.