WATAUGA, Texas - A World War II veteran from Texas will soon celebrate his 100th birthday and is hoping to mark the momentous occasion with help from people around the world.

James South is a resident at the Brookdale assisted living facility in Watauga, Texas, a suburb of Fort Worth. South will turn 100 on Oct. 7, and the facility recently posted an image of the veteran holding a sign on Facebook.

The facility hopes to make this birthday “his most special year yet” and wants to help South reach his goal. 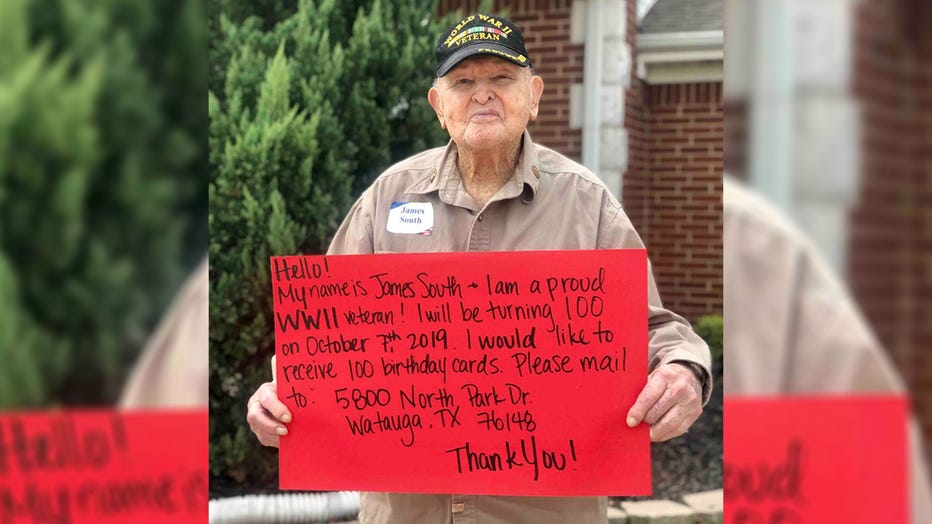 His son, Jim South, has a three-day celebration planned for his father’s 100th birthday, which includes playing golf, eating chicken fried steak and catfish and spending time with family, according to CNN.

Those who wish to send him a birthday card with a special message can do so at:

The veteran plans to hang cards in his room, CNN reported. His son said they already contacted the local post office about a possible increase in mail.