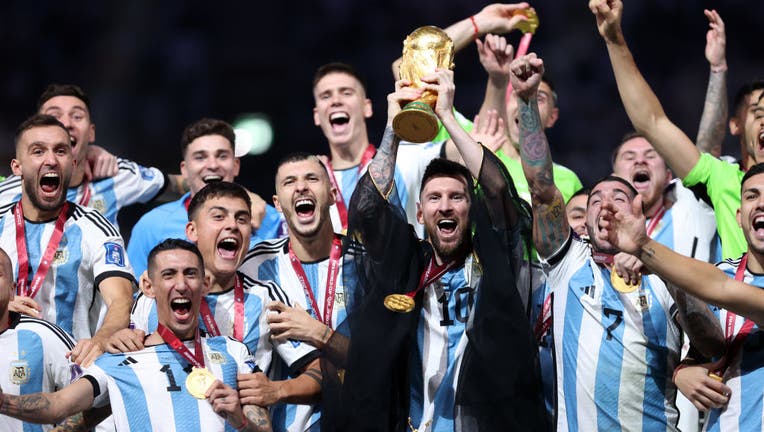 LUSAIL, Qatar (AP) - A diplomatic delegation from the three host countries of the 2026 World Cup were in Qatar on Sunday for a handover ceremony ahead of the final between France and Argentina.

The United States, Mexico and Canada will stage soccer’s biggest event in less than 3½ years.

"We could not be more excited," U.S. presidential delegate Linda Greenfield said. "We are already hard at work preparing for 2026 and we’re looking forward to welcoming fans from around the world."

Greenfield told Sheikha Alya Al Thani of Qatar, a fellow ambassador to the United Nations, that the current host had "set the standards high."

"The most important thing to remember is the World Cup transcends things and it plays an exceptional role in uniting people and countries and creating lasting friendships," Sheikha Alya said.

The 2026 tournament will be played in 16 cities: 11 in the United States, three in Mexico and two in Canada.

Argentina won the title in Qatar by beating France 4-2 in a penalty shootout after a 3-3 draw.