Qatar’s first ever World Cup match ended in dismay for an overmatched team and with a place in unwanted soccer history.

The controversy-laced tournament opened Sunday with Qatar getting outplayed and embarrassed in a 2-0 loss to Ecuador in front of 67,372 fans at Al Bayt Stadium.

HOW TO WATCH THE WORLD CUP ON FOX

In 92 years of soccer’s biggest event, a host team had never lost its opening game.

The first World Cup in the Middle East is a chance for Qatar, a tiny Arab country jutting out into the Persian Gulf, to showcase itself to the wider world. Its soccer team, playing at this level for the first time by virtue of hosting the tournament, couldn't live up to the moment as Ecuador captain Enner Valencia scored both goals in the first half.

There were lots of empty seats for a second half that was almost a damage-limitation exercise for Qatar on one of the biggest nights in the nation’s history.

Qatar’s players, fresh from spending seven months together in a pre-tournament training camp under Spanish coach Felix Sanchez, froze in front of an expectant crowd and a disciplined Ecuador team that might just pose a danger to more high-profile opponents over the next few weeks.

After this display, Qatar will need more than just luck to avoid joining South Africa as being the only host nation to fail to get out of the group stage at the World Cup.

Qatar will look to bounce back against Senegal in Group A on Friday, on the same day Ecuador takes on the Netherlands

For many, that would jar with this World Cup being hosted by an emirate where homosexual acts are illegal, one that has come under strong criticism for how migrant workers have been treated building stadiums and tournament infrastructure since Qatar won the scandal-shrouded vote in 2010.

The yearslong scrutiny was never going to stop just because play on the field finally entered the narrative of a tournament dogged by human rights controversies, yet a win for the host nation would have at least put a favorable light on Qatar, soccer-wise.

Morgan Freeman performs during the opening ceremony prior to the FIFA World Cup Qatar 2022 Group A match between Qatar and Ecuador at Al Bayt Stadium on November 20, 2022 in Al Khor, Qatar. (Photo by Michael Regan - FIFA/FIFA via Getty Images)

Camels and Arabian horses lined the entrance to the stadium, a Bedouin tent-inspired venue located in the rather isolated surrounds of the rural town of Al Khor, north of Doha.

And the atmospheric, seven-act opening ceremony lived up to its billing, the highlight being when Freeman extended one yellow-gloved hand to a FIFA World Cup ambassador suffering from a rare spinal disorder in an image representing inclusion in a country facing international criticism over its human-rights record.

Looking on from the luxury seats were FIFA president Gianni Infantino alongside leaders from the Middle East and Africa. Qatar’s emir, Sheikh Tamim bin Hamad Al Thani, drew a thunderous applause in a short speech delivered in Arabic from the suite, with Infantino and the monarch’s father, Sheikh Hamad bin Khalifa Al Thani, on either side of him.

"I welcome you and good luck to all," the emir said in his only words spoken in English.

How do you pronounce Qatar?

FOX 4's Hanna Battah looks to clear up the confusion around the pronunciation of this year's World Cup host country.

Tyler Adams will captain the United States team at the World Cup, at 23 the youngest of this year's tournament and the youngest for the Americans at the soccer showcase since Walter Bahr in 1950.

The last of the 32 captains announced for this year's World Cup, Adams is only the second under 30 years old. England forward Harry Kane is 29 and has captained the Three Lions since the 2018 World Cup, when he was 24. 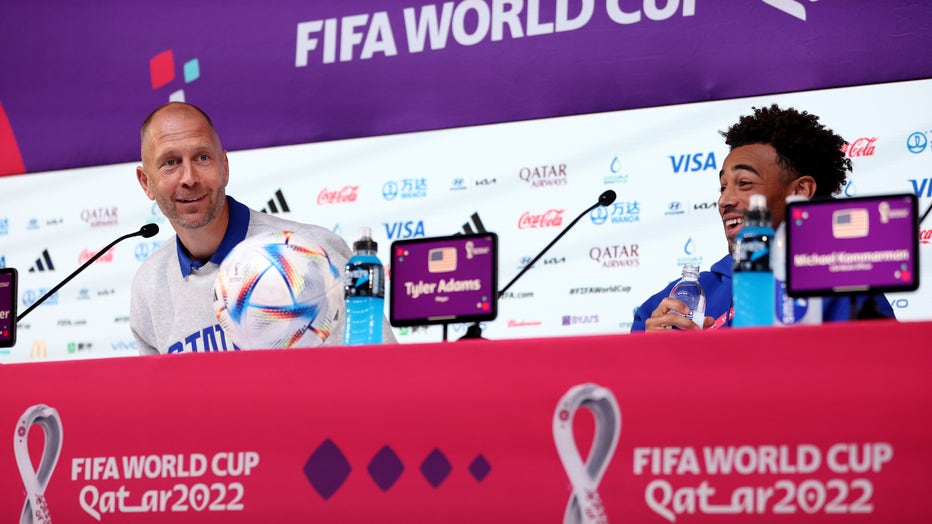 United States coach Gregg Berhalter made the annoucement Sunday, the day before the Americans play Wales in their first World Cup match since 2014.

"He leads by his actions and his words," Berhalter said.

He will become the first African-American to wear the armband for the United States throughout a World Cup. 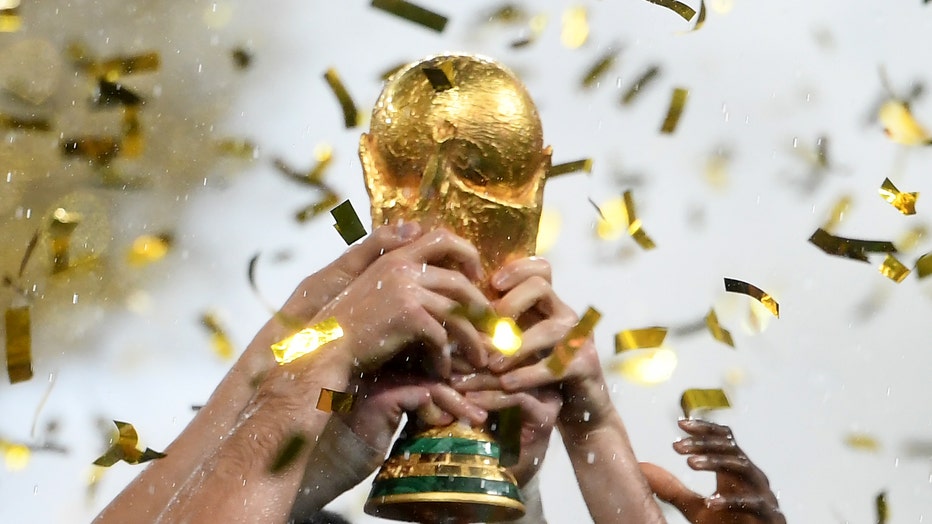 France's players lift the Fifa World Cup trophy after the Russia 2018 World Cup final football match between France and Croatia at the Luzhniki Stadium in Moscow on July 15, 2018. (Getty Images)

Adams, from Wappinger, New York, has captained the national team nine times previously, including seven wins, one loss and one draw.

The U.S. team has never won a World Cup.

The first full day of competition also includes a Group B match between heavily-favored England against Iran at Khalifa International Stadium, and the Netherlands against Senegal at Al Thumama Stadium in Group A.

England is one of the favorites and was a semifinalist four years ago in Russia, plus a runner-up at last year's European Championship. But the Three Lions came to Qatar winless in their last six games, hoping their strong track record in recent major tournaments turns the team around.

LINK: Get updates on this story and more on the World Cup at foxsports.com.

The Associated Press and FOX Sports contributed to this report.