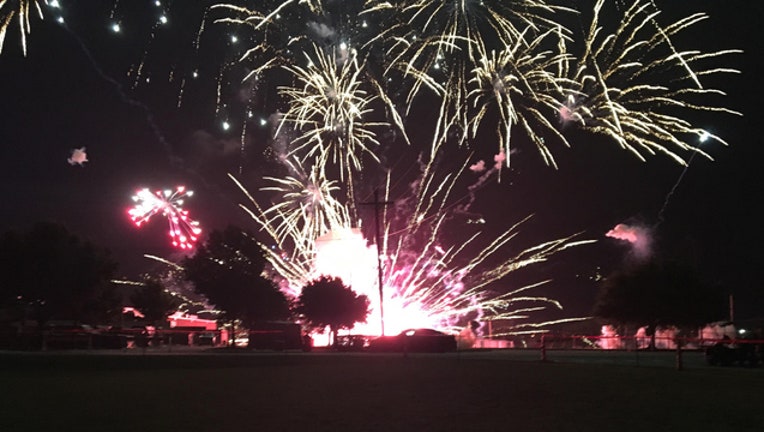 LAKE DALLAS, Texas - Some workers suffered minor injuries when the fireworks show for the Lake Cities 4th of July ended abruptly because of a malfunction.

This happened just after 9:35 p.m., and the malfunction caused a large blast and damage to the equipment.

An investigation is underway into what caused the malfunction.

No one was seriously injured, but some workers suffered minor injuries.

The city of Lake Dallas reports this is the second year that the fireworks vendor has been used, and that vendor previously did the fireworks for Denton.